Spaghettification started out as an independent short story in February 2015, and then became the key to the second book in the Viridian System series.  That’s Curved Space to Corsair—I’ve just started the main edit. It’s my offering for Flashback Friday this month, since there’s just one weekend of Camp Nano left, and I’ve officially ‘won’ as I completed the edit of The Perihelix last weekend.  Now to move that out to my beta readers for a new view.

Meanwhile, enjoy Spaghettification—yes, it is a real word.  This is the first edit version from the book, not the shorter original from this blog. It’s 1500 words, and you can see why I have trouble deciding on POV when I’m editing.

“Okay, Dolores, we’re round the Beehive Cluster by now, and for some unknown reason you decide you don’t want to go to Balkh after all.  How do you change your course?” Pete was in training instructor mode.

“I can either lay in a course to take me from the next waypoint and stay in warp, or dropout of warp and lay in a new course entirely.”

“Correct.  Want to change course for Bartelski, then?”

“Well, we may not actually go there, unless Lars wants to visit his mother again—Lars?”

Lars looked up from the book he was reading. “Yeah?”

“If we go near Bartelski do you want to visit the oracle?”

Lars rubbed his chin, which by now was covered in a fine layer of red hair. “Um, maybe.  Do we have to decide now?”

“No. Let us know within the hour though. Dolores wants to lay in her course.”

“Can’t she just ask the computer to do it?”

“I wondered that,” said Maggie, coming through from the living quarters. “We didn’t have all this bother when we followed you round the galaxy.”

“The computer did it all for us, Maggie,” said Dolores.  “I need to know how to do it myself for my pilot’s exams.  And there’s a practical if you want to get a full licence.”

“Do you need a licence?”

“It’s all in your Rules and Regs,” was his unhelpful reply.

Maggie sighed and keyed up the Rules and Regs.  Dolores joined her looking through them.

“While you’re looking at them, check out the procedures for using wormholes,” Pete added.

“There are a couple not far off this route, and it would be good experience for you.”

“They’re only short ones. Promise.”

“You’re always ready for lunch,” Maggie laughed, not looking up from the screen.  “Oh, I don’t like the sound of those at all. A short-cut across the quadrant, maintained by the SSNS, but only for the very needy and those with strong stomachs.”

“We could take a three second one to Aldebaran-5, which must be how Con got to Brahe so quickly on the Doris Jury, Lars—”

“Dunno, I must have been asleep.”

“—or a five second one to Margarita.” Pete finished.

“What’s that, apart from a cocktail?” Maggie asked.

“Oh, I went to Margarita once,” Dolores paled at the memory. “It’s a holiday planet, but I was working.”

Pete looked at her.  “Let’s try Aldebaran-5, then.  Set her on a course through there,” he added, pointing at the schematics on the screen. “Strange…” 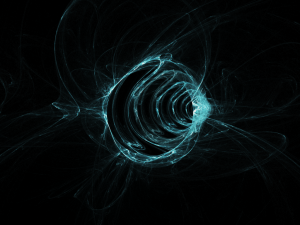 “There’s a third wormhole signature appearing. Lars, look at this.”

Lars joined the other three crowded over the schematic. “Maggie, is everything secure in the biome?”

“Best to strap yourself in when you’re done.  I’ll join you.”

Maggie went to set the biome’s shields over the growing plants they had under artificial light.  They would keep the air and temperature reasonably stable during the procedure.  Then she settled herself in the space chair in the galley.  “All done,” she called through to the office, and smiled up at Lars as he joined her.

Pete’s cry of anguish came too late to stop them slipping inexorably into the gravity well.

“Why not?  It’s just a wormhole,” replied Dolores, puzzled at Pete’s over-reaction.

Dolores looked round from the console as Pete shot through the hatchway.  She could hear Lars clattering around sounding like he was locking things up.  Pete flew back into the control area, threw a switch on the stasis field and shoved Dolores sideways onto the next seat as his hands flew over the control panel in front of her.

“Strap yourself in!” he ordered, strapping his harness on as Lars joined them, pulled the hatch shut, took up the seat on Dolores’ other side and locked himself in the webbing.  Dolores reached down to her sides for her straps.  The two men lurched against her and grabbed her straps, yanking them across her body.  She was just about to complain when…

That feeling of your stomach coming out through your bottom when the policeman glares at you, and you know you did it.

The rollercoaster you swore you’d never go on again.

The night you drank seven ebelzer and rums for a dare.

The time you realised that Fanwester was a Pavanian.  And you remembered what a Pavanian really likes most from his female attendants.

None of those came anywhere near the feeling of being drawn down a natural wormhole.

And if Dolores had realised that this uncharted, natural wormhole was not even guaranteed to have an end, she’d have felt even worse.

Pete felt worse.  For some reason spaghettification hit him harder than most.  Lars said it was something to do with bone density when he’d looked into the subject, but just knowing his bones were denser than Lars’s did not help him endure the stretching, extruding, deformation of his being any better.  All natural wormholes created spaghettification, a term coined in the early work on the impossibility of faster-than-light space travel at the start of the third millennium, and rediscovered four centuries ago.  Artificial wormholes automatically minimised the effect, reducing it to ‘that sinking feeling’ that put many people of space travel altogether.

Spaghettification was a hundred times worse, at best.  No-one knew quite how bad it could be, because uncontrolled wormholes could kill you.  The state of survivors of bad trips suggested death was the preferable option.

Pete did what he had done before during a trip down a charted natural wormhole.  He concentrated on the navigability factors, focussed on ignoring the spew-coloured lights flashing past that threatened to bring on a fit, and counted.

Lars did what he always did during a trip down a charted wormhole.  He swore.  It didn’t matter, since nobody could hear him, although Lars considered a theory he’d once read that there was intelligence in the warpspace around them that could hear him.  If they disapproved they could punish him, he thought in his more rational moments.  It would be several zillion times better than this, whatever they did to him.

Since Dolores had no real idea what was going on, she imagined she must have taken some illegal substances by mistake, and maybe this was dying.

Alone in the galley, Maggie assumed she had died.

Pete got to two hundred and seven, making it by far the longest wormhole he’d gone through.  He carried on counting and concentrated on the theory of space-time, and whether there might not be an end.  Or perhaps it would bring them back to the beginning?

Lars ran out of swearwords in every language he knew and started on a second round.

At three hundred and seventy two, Pete opened his eyes, since his body appeared to be weightless.  Lars did the same.  They locked on to each other’s faces across Dolores’ slumped form.  Pete’s eyeballs bulged slightly, until he rubbed them gently.  Lars ran his hands over his head, gently manipulating things that felt out of place.  They may not have been, but they felt like it.

Pete’s lungs started working again a centi-second before Lars’s.  Each drew in a deep breath fighting with an audible gasp and let it out again, coughing and choking on what felt like foreign matter in their lungs. Pete leaned against Dolores again and felt her neck. He nodded to Lars, who started rubbing the arm on his side, while Pete massaged the other one.  Lars moved to her head while Pete reached to rub her abdomen.

Dolores came to with a huge indraught of air.  That prompted a paroxysm, which Lars merely watched while he continued to massage her shoulders.

Pete pulled back and massaged his own abdomen.  “Ow.”

It was a comment that reflected the enormity of what they’d been through.  Dolores looked at him, at first blankly and then with recognition, like she had been away for a long time and forgotten who these people were.  She turned to Lars and nodded, satisfying herself that she was who she thought she was, and she knew these people, even if she couldn’t remember anything else about them at present.

Lars pulled back, and loosened his harness.  “The chart is confused.”

He shook his head some more, and said “Maggie.” He lurched to his feet and staggered down to the galley.

“Where are we?” Dolores squeaked.

“Do you know your name?” Pete asked her.

“Yes,” she replied, nodding to herself. “Remind me,” she admitted after a pause.

“Of course you are.  How come I don’t remember?”

“You passed out,” Pete said, reaching under the console for two beakers of liquid.  “Here.”

In the galley, Lars brought Maggie round, and applied the same restorative to her. He slapped on the galley viewscreen to see what the others were looking at.

Four survivors of the longest uncontrolled, uncharted, and unstable wormhole anyone had so far encountered sat and gazed at their confused screens, drinking hot sweet tea, while the effects of spaghettification wore off.

They’d be fine.  As long as they could get home.

Wormhole Image © by SGAlteran via DeviantArt