Solitude is something I’m used to. I work on my own. But if you’re working hard, connecting with people via the internet, fixing things for other people to do, hitting deadlines (or not), that isn’t solitude—is it?

One email that arrives each Sunday includes a quote – usually very apt. This week’s was:

The 20th century American journalist, editor, and writer, Brenda Ueland, provides some important words for us to focus on this week: “Inspiration does not come like a bolt, nor is it kinetic, energetic striving, but it comes into us slowly and quietly and all the time, though we must regularly and every day give it a little chance to start flowing, prime it with a little solitude and idleness.”

I haven’t heard of Brenda Ueland, for which I apologise, but solitude and idleness was something I snatched for a day on Friday. It did me the world of good. Yes, I do feel a little more inspired. Yes, I still had three book deadlines hanging over me (I hit one of them on Saturday). But I felt more able to cope. A few hours out, walking around beautiful Norwich in November sunshine (even when it clouded over Norwich is still beautiful). 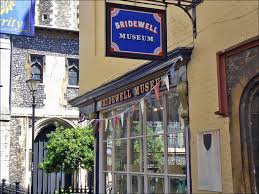 I didn’t do much. I collected my new glasses. That was the purpose of the expedition. Instead of dashing back on the next bus, I diverted down the cobbled streets called The Lanes, to the Museum of Norwich at the Bridewell. Clue: Bridewell is a common name in England for a gaol. For Beatles fans, it even features in a line from A Hard Days’s Night—the film—with Paul’s grandfather saying the police would take him off to the Bridewell.

The Museum of Norwich is a fine place, focusing on the history and artefacts of the city. I didn’t know that before the 18th century (and the Industrial Revolution) it was the second largest/most important city in England. It was all due to the wool trade. Our proximity to the Low Countries (Belgium, Holland and Flanders) made trade in wool and woven textiles easy. A group of Low Country people relocated to Norwich in the 14th century to do their weaving; they were known as ‘The Strangers’. I always wondered why one of my friends often goes to meetings at The Strangers Hall.

The exhibits took you through the changes in the streets of Norwich, looking at trades, the gaol, the manufacturing industry (shoes and engineering were prominent) as well as one of the most famous Norwich products, Colman’s Mustard (now part of Unilever; still manufactured in Norwich, but under threat since October).

My main reason for going was to see an exhibition of the original illustrations for Anna Sewell’s Black Beauty. I didn’t appreciate, until a few years after I moved here, that Ms Sewell had lived here (although she grew up in London, her grandparents were still here). The illustrations were strangely familiar, and looking at my own copy (a 1932 edition reprinted in 1958, so I have had it since I was about six years old) I see that my illustrations are done by someone else in a more flowing style, but based very much on the originals.  The one of Ginger being broken in is almost identical.  Black Beauty running from the train is very similar, but inverted.

The book was originally published by Jarrold’s, a multi-faceted store which is the only one of the old retail businesses still in existence (Bond’s having become John Lewis Partnership a few years ago).  Jarrold’s no longer publishes books, although it does have an excellent book department.  It’s a classic department store on many levels, just off the main market square.  I hadn’t noticed until recently that they have more departments in buildings on adjacent streets, including an art department! 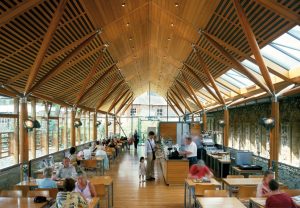 My next adventure was to treat myself to lunch.  Isn’t it strange how simple life’s pleasures are?  The butternut squash and ricotta bake at the Cathedral’s Refectory was excellent value, cooked to order, and delicious.  I sat in the sunshine, reading my kindle, but stopped at one stage, thinking I should just sit and gaze from the window. I did. It was delightful.

After that I came home, realising I was just in time to watch the first ski-jumping event of the winter season.  We all have our passions!

I can’t remember what I did in the evening, probably got back to work.  But I felt refreshed, and inspired, with new ideas for stories, and a fresh view on my works-in-progress.

I should do this more often.

Try a little solitude – a Friday in Norwich

5 thoughts on “Try a little solitude – a Friday in Norwich”