The format for these posts is an abbreviated blurb (usually one paragraph), then the second paragraph is my deliberations.  Finally, there’s the verdict.

This month’s are all prioritised successively from 271 to 280, which means they went on the list in this order, and they’ve never been moved. That must be unique.

Coast: An Act of Burial

In Paris, France, special ops agent Ian McKinley carries out a most unusual ‘retirement’ operation, aiming to stem the flow of ultra high-tech rifles to terrorist groups. But when he returns to the Covert Operations And Surveillance Team base he learns that a navy supply vessel has foundered in the Persian Gulf with the loss of all hands, and is despatched with his team-mates to secure the thermonuclear warheads that the ship was carrying. At the same time, however, members of his super-secret organization are being murdered by unknown assailants. Are these incidents somehow connected and, as the stakes rise, can McKinley and his colleagues Carter and Brook retrieve the bombs before a city gets vaporized?

This looks interesting, and has good reviews, but somehow I think I’ve moved away from this genre. 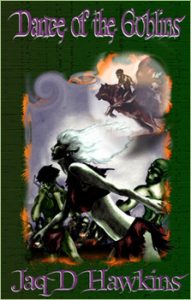 Dance of the Goblins (The Goblin #1)

At the centre of goblin society is The Dance, the spiritual exaltation of life itself which is central to the goblins’ existence. In the human world above, life is austere and goblins only a myth. When Count Anton is drawn into the rhythm of The Dance, a clash between two worlds is about to begin…
Haghuf, respected elder among the unseen goblins, has only scorn for humans. Yet he is drawn into friendship with a human aristocrat by the Dance, the celebration of life that holds the goblin society together.

I was ready to consign this to the reject pile when I noticed Diane Rapp’s review, which is probably why I’ve kept it on as long as it’s been there. It’s more scifi/weird than fantasy, by the look of it.

At 55, big city sleuth Sonny Busco is sinking deep into debt and distrust when suddenly he’s thrown a lifeline. The chief assistant to a prominent university professor offers $2500 for safe delivery of a confidential briefcase to Santa Fe, NM. Sonny accepts, thinking it’s easy money. That is until he learns of the case’s contents: an amazing alloy called sentient steel. Soon, Sonny risks life, liberty, and property to keep the revolutionary invention from falling into a wicked whirlwind of men and women in black, whose mission is to secure sentient steel for what appears to be the other side. But in a city full of smog and cynicism, things are rarely what they appear to be.

Sentient steel sounds interesting, but the blurb sounds like a typical thriller plot.  I think I can pass on this one. 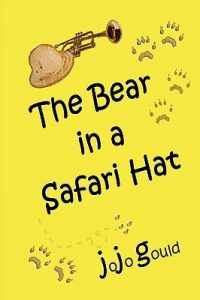 The Bear in a Safari Hat

Furry O’Mara, a honey farmer by trade and instinct, knows the name of every one of his worker bees and is one of the most famous bears in Ireland. Although he prefers to keep a low profile, his simple world is turned upside down when his young trumpet playing nephew, Brosnan, arrives from Jakarta to undertake a summer work placement. Set across Ireland and Buckinghamshire in England, the two bears gradually become entwined in an international honey sting. The Bear in a Safari Hat is a tale of intrigue and adventure. This is a coming-of-age novel for intelligent youth and adults alike. Welcome to the new bears for the 21st century.

I was immensely surprised to find only one review of this book on Goodreads.  I’m sure it’s a hugely popular book in the UK. Is there something else with a similar title? (there are lots, but not zillions of reviews on Amazon UK.  2 on Amazon.com. Must be British!

Verdict: Keep, if only because it would be superb for the Wild Goose Chase Reading Challenge!

The Boy in the Striped Pyjamas

When Bruno returns home from school one day, he discovers that his belongings are being packed in crates. His father has received a promotion and the family must move from their home to a new house far far away, where there is no one to play with and nothing to do…. While exploring his new environment, he meets another boy whose life and circumstances are very different to his own, and their meeting results in a friendship that has devastating consequences.

Another potential book club read – but maybe it’s gone out of fashion now.

Daisychains of Silence – a story of love, lies and memory.
Charged with the fragility of family and the power of forgiveness, Daisy’s story unfolds over three days of memories and misunderstandings during a visit to her mother, who’s in the early stages of dementia.

Dementia is all the rage at the moment. Even if most people are writing from experience, it doesn’t mean I want to go back to my experiences.  If I can remember them before I lose my marbles. 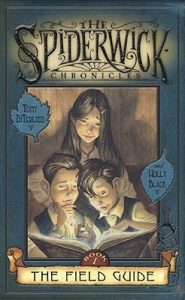 The Field Guide (The Spiderwick Chronicles #1)

The Field Guide sets up the story of the Grace children—13-year-old Mallory and 9-year-old twins Jared and Simon—who with their mother move into the dilapidated Spiderwick Estate only to quickly find themselves sucked into a dark and fascinating world of faeries.

One of these days this is going to be a GMGR book of the Month.  So it’s staying.

Gerald and the Wee People

Gerald and his best friend, Vernon discover a mysterious spot in the woods where Gerald visualizes a miniature village complete with wee inhabitants. He enjoys going back to that spot and watching the day-to-day activities until trouble starts in the village and he tries to convince Vernon that the “visions” are real and the wee people need help. While trying to prove that the whole thing is just Gerald’s wild imagination, the boys literally fall into the new world and get caught up in a war. (followed by more of a very long and rambling blurb)

I know I added this thinking it was a different book; this was a self-published book in 2012, which has very good reviews from people whose reviews I like.  It could be a very enjoyable MG/teen read.  Then again…

Verdict: dither for a bit longer

Abby Carpenter is a woman with a few problems: a little red diary that has a way of showing up at the worst times, a creepy coworker trying to sabotage her career, and a philandering ex-husband who won’t stay dead—and now, the CEO of the largest account to land on the doorstep of the marketing firm she works for, happens to be a man she made a complete fool of herself over fourteen years ago. Abby’s convinced if he recognizes her the firm could lose the account, and she could lose her job.

Another author I followed when I first got started.  Oh, I’ll keep it for now… or will I? 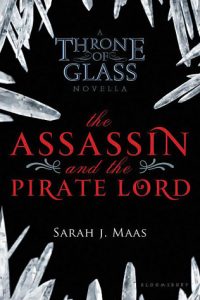 The Assassin and the Pirate Lord (Throne of Glass #0.1)

A Throne of Glass novella.
On a remote island in a tropical sea, Celaena Sardothien, feared assassin, has come for retribution. She’s been sent by the Assassin’s Guild to collect on a debt they are owed by the Lord of the Pirates. But when Celaena learns that the agreed payment is not in money, but in slaves, her mission suddenly changes—and she will risk everything to right the wrong she’s been sent to bring about.

I’m looking forward to reading some Sarah Maas, and why not start with a taster?

There you go, another ten checked and four rejected from my TBR hole this time! That’s 558.  And one is still hovering. I wonder if they’ll still be hovering around the #270 mark when I get around to pruning them again in a few years’ time?

Down the TBR Hole, Part the Fifth – in which I reject four!

4 thoughts on “Down the TBR Hole, Part the Fifth – in which I reject four!”