The TBR Hole again! The ever-increasing list of books on my TBR will only ever be kept under control if I continue to go through and weed out the ones that shouldn’t be there.

Since I last carried out this exercise I’ve taken three more net-galley books, had two bookclub books neither of which were on my list, and added three books by Icelandic authors following my trip to that wonderful country.  Then I took a Storybundle of 12 Scifi books by women writers, one of which I really wanted! (that link may not last long). So despite having read ten books since my last trip down the TBR Hole, I’m now at 578.  That’s up 20 from the last screening! 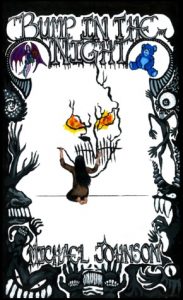 Bump in the Night

When their town is taken over by nightmarish creatures, a group of kids embark on a journey into a secret world of magic and terror.

Looks like a fun book, suitable for Halloween, that I ought to read.

Tales from the Coop

Recounting the heartwarming, uplifting and often hilarious experiences of ex-battery hens and their owners, Tales from the Coop is a must-read for anybody who appreciates the bond between pets and the people who love them. From chicken friendships to the first moving glimpse of freedom from the battery cage, each story is lovingly told by owners whose ex-battery hens truly rule the roost.

This is a classic TBR Hole book.  I love animals, everybody raves about the book… but really I can’t imagine any occasion when I would prefer to read this rather than others on my list.

Ever since their last botched smuggling job, First Mate Bea and the crew of her airship can barely afford fuel, let alone a barrel of grog. So when a gentleman from Old Germany offers them a fortune to steal a locked box from a British merchant airship, they jump on the opportunity. However, their employer forgot to mention the box’s military escort and the Morlock mercenaries who would slit throats to get their hands on it. Oh, and if made public, the contents could engulf Europe in another devastating war.
Stealing the box was the easy part. Now, with a target on their back and some of the toughest characters in the skies after them, if the crew of the Desire doesn’t polish their pistols and prepare for a hell of a fight, they’ll end up worse than grounded. After all, everyone from the Brits to the Morlocks will kill for the contents of that box, and no one survives an airship crash.

Yes, I still want to read this. 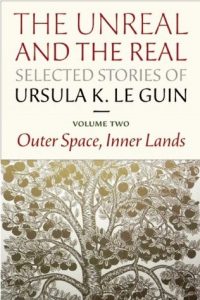 Outer Space, Inner Lands includes many of the best known Ursula K. Le Guin nonrealistic stories (such as “The Ones Who Walk Away from Omelas,” “Semley’s Necklace,” and “She Unnames Them”) which have shaped the way many readers see the world. She gives voice to the voiceless, hope to the outsider, and speaks truth to power—all the time maintaining her independence and sense of humor.[more]

I thought I’d put this on because I felt the need to read more Le Guin.  I recently (when she died) bought a set of the Earthsea stories, because I couldn’t remember whether I had in fact read them. So when I came to this I thought, ‘surely I don’t need this as well’.  Then I saw this volume includes ‘The Ones Who Walk Away From Omelas’ which I definitely remember, and want to reread.

Revenge of the Mad Scientist

When Lady Arabella Trunkett’s father, the High Lord Minister of Urbannia is kidnapped, all clues point to the mysterious country of Gandiss and the world is thrown into political upheaval.
Arabella is convinced the more sinister nation of Carabarras is to blame, urged on by a mad scientist seeking revenge. So, she sets out on a perilous airship journey across a variety of exotic locales to save him, and halt the potential world war.
But airship pirates, secret assassins and slave traders aren’t her only trials. The fickle hand of fate has made the captain of the only airship available for charter, the man that left her at the altar. For eight years she’s wished him dead. Now he’s her only hope.

I obviously had a thing for airships at the time (I still do), but this one… well….

The Lies of Locke Lamora

In this stunning debut, author Scott Lynch delivers the wonderfully thrilling tale of an audacious criminal and his band of confidence tricksters. Set in a fantastic city pulsing with the lives of decadent nobles and daring thieves, here is a story of adventure, loyalty, and survival that is one part “Robin Hood”, one part Ocean’s Eleven, and entirely enthralling… [more]

Funnily enough, I have looked several times at this book in Waterstones book store, rejecting it every time. I thought I’d also crossed it off my list.

What happens when a suicidal paramedic falls in love with an ambulance chasing reporter? Brian is going through a rough patch in his life. His wife, Amber, has divorced him and is remarrying a rich wall street hedge fund manager. His boss hates him, his partner tolerates him, and he likes to stand on the ledge ten stories up, bottle in hand. Four years ago his infant son passed away in his crib sending his life into a tail spin. All he has left is saving lives, and saving them on his terms. That’s not enough. Enter Brooklyn, a fiery red headed stringer, who works the overnight selling video and stills to the New York media and she’s had a long standing crush on Brian. She’s out to prove that a paramedic isn’t the only one who can save a life.

I am fairly sure that Tom Hobbs ran, or used to run, a book promo blog, and promised a free review (or something) in exchange for reviewing his book.  I even bought it (on kindle). But you know…. that was Jan 2013 and this is March 2018. 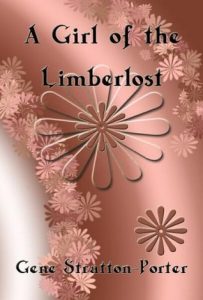 A Girl of the Limberlost

Set amid Indiana’s vast Limberlost Swamp, this treasured children’s classic mixes astute observations on nature with the struggles of growing up in the early 20th century. Harassed by her mother and scorned by her peers, Elnora Comstock finds solace in natural beauty along with friendship, independence, and romance.

This comes up every now and then on the GMGR when we’re talking about classics.  It’s one I think I’ve read, but not since I was very young. I think I got a free version on my kindle, so it’s staying.  It’s bound to be a book of the month sometime. Or else I’ll do a Classic books reading challenge.

Jaded war photographer Emma Saywell wanders through the dappled beauty of London’s Kew Gardens, ‘Broken’, her hack-about old Nikon, hanging around her neck.
Her second book, ‘THE EYES OF WAR’, is selling well. Yet after a decade looking into hollow eyes, capturing men at their worst, her personal focus is a micron out.
She watches a woman with two young girls. One, the younger, trips, falls, screws up her tiny face, crys [sic] silently. Then she sees him. ‘Broken’ glides to her eye in one instinctive movement.
Click, click. Nailed him. Click.
Why is he smiling so inanely? Why smile like that, selling ice-cream to tourists from a cafe with a few tables? And what’s with all the glancing at the sky?

This is not a bird-watching book, or even a birder murder mystery, so far as I can see.  I’m not even sure I’ll like it.  But it has an extraordinary high rating from a good number of readers.  I know I’ve heard good things about it.

The award-winning translation of Dostoevsky’s last and greatest novel.
The Brothers Karamazov is a passionate philosophical novel set in 19th century Russia, that enters deeply into the ethical debates of God, free will, and morality. It is a spiritual drama of moral struggles concerning faith, doubt, and reason, set against a modernizing Russia.

I added this to my list based on Jason Koivu’s review, and with the intention of reading more literature.  As you can tell, I haven’t got very far with that intention.  That is not to say I won’t.  I have read War and Peace, after all. Another for that Classic challenge?

So there we are, another ten reviewed, four rejected.  40% is better than none.  It makes up for those Icelandic authors I added, who are probably destined to be deleted in five years or so, when they are still up in the nether regions of my TBR List!