Subway | Palliatopia is a new YA book from S W Lothian, and looks like it could run into at least a sequel.  I got an ARC from the author, who was one of the most inspirational of the authors I met in my early stages.  He’s been less active online lately, following family illness, and throws himself into some amazing fund-raising work for Childhood Cancer in his home area in Australia. 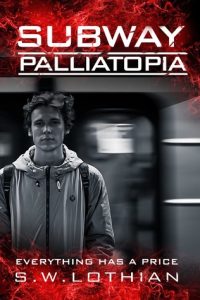 EVERYTHING HAS A PRICE.

In a world that’s self-obsessed, every moment is shared and every move is posted. If you don’t follow you don’t care. Those who don’t care aren’t worth the time.

Does anyone notice? What happens to them? [Goodreads]

S W Lothian has developed his writing from superb time travel for middle grade readers in The Golden Scarab series; through tween/early teen time travel with Time Square and its sequels. Now he goes full on for the YA market with an exciting, mystifying and sometimes downright terrifying adventure beneath the New York subway system.

In a near-future or parallel earth, people on the subway are as oblivious to anything happening as usual.  Only oddities, like trains stopping in dark tunnels, breaks their attention to their screens – all are addicted to their FEED© just as we are to our emails, Facebook, WhatsApp and Instagrams. The author takes this internalisation of their worlds and turns it into the classic ‘what if’.  What if the subways were not safe.  What if someone was preying on the young, the fit, the ones that might not be noticed.  And anyway, who’s going to take notice of the little people, the mums and dads whose teen and twenty-something has gone missing.  It happens every day.

Fortunately, our hero notices when his girlfriend doesn’t turn up.  Despite all the platitudes, he’s sure something’s wrong, but it’s not until he himself is abducted, that he realises what has happened to her – and so he continues to search, despite the attention he now has from the girl whose life he saved.

The set-up for this story is extremely well done.  It raises questions that the cynic might answer, but reveals enough to satisfy the most alert and suspicious reader. There are echoes of stories by Kasuo Ishiguro and Graham Greene, but most YA readers won’t have got to them yet.  The subway world is vividly created, and use of psychological weapons neatly introduced by simple means such as room architecture.

Personally, I think the pacing is off in some critical places, but apart from that, Mr Lothian’s expertise in describing emotions, action and setting overcome everything to produce a finely plotted action mystery. In fact, it’s a thriller. 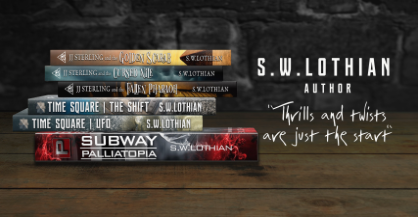 Check out the book 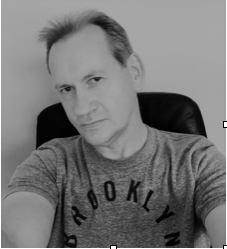 S.W. Lothian is an Australian author who creates edge-of-your-seat adventures that are great reads for all ages. His books range from those that thrill young adult readers with intrigue, drama, and suspense, to those that launch teens into exciting settings and action-filled mysteries, while reminding older readers of their childhood dreams.

His new SUBWAY series explores a new level of tension and intrigue. Set in a dystopian New York City, it’s not too far removed from where we are today. The plot is a thought-provoking thriller and aims to be a new favorite for young adult fans of such greats as The Hunger Games and The Maze Runner.

The idea behind his highly successful debut middle grade series, JJ STERLING, was inspired by S.W’s own childhood favorites; such as Indiana Jones and anything to do with action, adventure, and time-travel. He followed that up with his TIME SQUARE series, which is a more quirky and humorous take on time-travel. TIME SQUARE is packed full of the great settings and action his readers expect, but has plenty of extra laughs and a great cast of offbeat characters as well.

S.W.’s mission is to write books that launch readers from the mundanity of life into exciting settings, action-filled mysteries, and thrilling intrigue – whilst leaving them exhausted in the process.