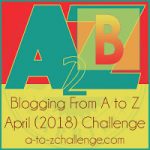 Brothers are my inspiration.  I didn’t think they were.  I thought other people inspired my lead characters.  Let’s explore this a little…

The Princelings of the East series

My princelings who inspired the whole series are Fred and George.  More about the real basis for their individuality for the letter F for Fred.  Since F falls on a Friday, this will also include some sort of flash fiction.

Fred is the leader of the pair; he is kind, noble, thoughtful, and somewhat sensitive.  He doesn’t want to be king, so of course, he will be. (That’s not really a spoiler). He worries about the state of the world, and wants to make it better for everybody.

George is his devoted twin brother, who looks up to Fred in all things, but that doesn’t stop him using his own talents for the good of others.  He’s more practical than Fred – he invents things.  I call him an engineer but he’s more of a technologist. He’s ultra-reliable, and Fred looks to him for balance and wise advice.

So far so good.

The guys who feature as the asteroid miners whose adventures form the basis for the series (even if the girls do seem to be taking over) are Lars and Pete.  For obscure reasons, I may return to them for the letter M or P, I can’t remember what the plan is at present.  Lars and Pete are based on two people I knew at college. Nuff said.

Lars is ostensibly the out-going one, the leader of the pair. Apart from girls and the general technology of the far-future, he enjoys quiet drinks in the pub, watching women, surfing, reading, lazing about.  He’s more troubled than he lets on and there are rumours of dark deeds in his past.

Pete is the technical one of the pair.  He can do anything with spaceships in the engineering sense, which is a necessary skill if you’re piloting yourself about the universe.  Lars can steer his way, Pete can get you out of trouble.  Pete tinkers with things to improve them. He also knows what’s up with Lars, and provides him the steadiness that Lars really doesn’t have, despite appearances.

…and then there are my Brothers

My eldest brother is the studious one, into languages and arts.  Since our parents died I’ve discovered much more about his teenage years and the problems he had with not being sporty in a sporty school. He’s kind and sympathetic, and he’s a great big brother.

My second brother is great at science and technical things.  He’s an engineer and enjoys nothing better than tinkering with machines, and improving them.  He’s also ultra-reliable, always has good advice, and I only relatively recently discovered that my eldest brother has always leant on him for his steady support.

I may have thought I was writing about the characters derived from other inspirations, but I seem to be stuck in my elder-brothers trope.

Is it just me, or does everyone have two characters like this.  Is it just coincidence that my brothers fit the description too?

How do your family inspire you?  Leave a comment – I’d love to hear from you.

B is for Brothers #AtoZChallenge2018