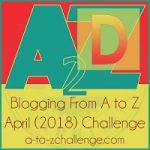 D is for Dereliction of Duty as well as Dylan and Dougall.  I’m derelict in my duty to post the Insecure Writers’ Support Group post here today, since my theme is inspiration and my letter is D and I can’t put all of them together.

Does the IWSG inspire me?

If you join any regular group – the IWSG posts on the first Wednesday of the month – then I think you get a sense of community from it.  If the group relates directly to things you are interested in, then I reckon you probably get support through the times when you feel you’re wading in mud.  Everybody goes through difficult things at times. However large or small the difficulties are, they are your difficulties, and you experience them acutely.

So hearing things from others who also struggle with aspects of their writing does help.  It puts things into context.  It shows you are not alone – and you are not making it up (I think people who don’t do stuff online often ridicule the real difficulties we have trying to do our thing online!).

So thank you, IWSG for being there and helping us find a place to gain and give support.

Do Dylan and Dougall inspire me?

Heck, yes!  They star in book 8 of the Princelings series as the Princelings of the North.  They rescue a prince exiled in a ruined isolated castle, help him find his way from north to south of the country – getting stuck in mud a few times along the way.  And it all works out eventually.  That, if you like, is the fantasy Dylan and Dougall. 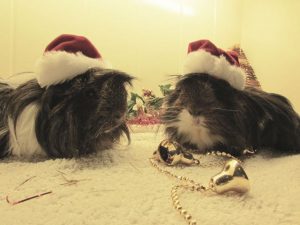 Slightly closer to home, they’ve also featured in a couple of flash fiction stories – always around Halloween.  I’m not sure why they come out at that time of year, and lead expeditions from the safety of their homes in my house into the wider world, but they do. It may be because their birthday is November. I think looking back on those stories is fun, because Dylan moves from a minor character in The Moon was a Witness to the leader in Out of the Frying Pan. The second was a mash-up of The Muppets meets The Rocky Horror Show. They are both weird stories, but I like them! 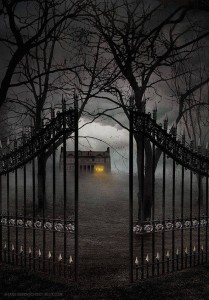 Here’s the start of Out of the Frying Pan…

The rustling of the leaves was the only explainable noise as the group made their way along the path in the woods.  A nervous silence covered them; not even an apology for bumping into the one in front escaped their lips.  They paused, huddling together, trying to disguise their trembles of fear with shivers of cold.  With the rustling stopped, the dripping, whispering and occasional creaking continued.

“How do we know we’re on the right path?” breathed Dougall to his brother Dylan.

“What if we took the wrong turning somewhere?” Oscar’s high-pitched voice was squeakier than usual.

“Did you see any turnings?” was Dylan’s acerbic reply.  It wasn’t easy being leader of this lot.  Midge came up alongside him.

“I think there’s a gap in the trees ahead,” he said. “The fog seems lighter there.”

Dylan brushed his sopping wet fringe out of his eyes and looked where Midge pointed.  ‘Lighter’ was an optimistic term that did not imply any actual light.  But yes, maybe there was a gap between the trees, wider than the track they’d been on ever since their wagon had lost a wheel.  That had been about ten minutes after Oscar had said he didn’t like the feel of the forest and Midge said it was probably haunted.  Midge was helpful that way.  Dylan moved forward again, and the rustling of the leaves as they kicked them along the track accompanied them.  Dylan couldn’t help feeling that the timing was a microsecond out of synch, but he couldn’t prove it, since when he moved, his companions moved.  Apart from that, he felt he was being watched.  And not by his four companions.

D is for Dylan, Dougall and Dereliction of Duty #IWSG #AtoZChallenge2018

12 thoughts on “D is for Dylan, Dougall and Dereliction of Duty #IWSG #AtoZChallenge2018”