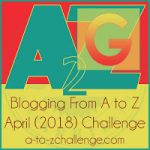 A Grand Old Time is my book review for Saturday of the letter G.  I always do a book review on Saturdays.  It doesn’t exactly fit my theme of writing inspirations for this year’s A to Z. Yet all reading gives something to my writing (don’t do this, look at how they did that), A Grand Old Time fits the bill.  In fact, it’s probably a reminder that I should live a disgraceful old age and avoid being put in an old people’s home at all costs. 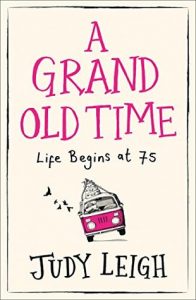 A funny and heartwarming debut for fans of Rachel Joyce and Cathy Hopkins.

Evie Gallagher is regretting her hasty move into a Dublin care home. She may be seventy-five and recently widowed, but she’s absolutely not dead yet.

And so, one morning, while the rest of Sheldon Lodge is asleep, Evelyn walks out the front door and never looks back. So begins a road trip that will take Evie first to Liverpool, then on to Brittany, where she buys a camper van and heads south on a Great Adventure.

But not everyone thinks Great Adventures are appropriate for women of Evie’s age, least of all her son Brendan and his wife Maura, who set off in pursuit, following a trail of puzzling text messages.

But when Brendan and Maura finally catch up with Evie, there are shocks in store for all of them … because while Brendan may have given up on life and love, Evie Gallagher certainly has not. [Goodreads]

There seems to be a growing rebellion among old people.  First The Hundred Year Old Man who Climbed out of the Window, and now this.  I received an ARC from Net-Galley for this wonderfully funny and heart-warming (and heart-panging) book.

Seventy-five year-old Evie starts her escape unsteadily, and finds herself regaining lost confidence.  That is a truth for many people who have been confined in some way, and then get the courage to say ‘no’.  One of the many strengths of this book is that Evie has many mishaps, and nearly gets herself into serious trouble.  Fortunately there are usually strangers (however strange) who help.  Having helped, they may be put upon for a while, until Evie finds the wisdom within herself to help them in return. And then she gets all sorts of ideas for further exploration – and since she has the means to do so, she gets going!

A few steps behind is her worried son, and his inconsistent wife.  I say inconsistent, because she wafts from giving up on things (including her husband) to trying for one last time.  She’s an interesting character, but not a likeable one. He’s a bit of a wimp, but sees it as his duty to bring his mother ‘home’.  It’s all a great recipe for trials, tribulations, travel problems that are delightfully hilarious when you aren’t involved in them, and anger from the reader who by now has sided entirely with his mum.

I thoroughly enjoyed this book and recommend it for anyone within planning distance of care homes, and for those who have had to consign a parent to one, knowing that she or she really cannot look after themselves.  If you have any doubts about that, take care not to let your guilt complex get worse by reading this. Although you may find it helps, in a strange sort of way!

A Grand Old Time was published on 3rd April.

Had any inspirations for your writing from books you’ve read lately?

G is for A Grand Old Time #AtoZChallenge 2018 | Book Review