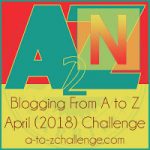 Norfolk is the focus for my writing inspirations today.  You may think that I did Norfolk for H when I talked about Hickling, Horsey, and the Broads.  People say Norfolk is flat.  The Broads are flat.  How Hill is about five feet high. Over on the west of the county, past the medieval city of Kings Lynn, the Fens are flat.  But very little of the Fens are in Norfolk; the majority is in Cambridgeshire with a smidgin in Lincolnshire.

Norfolk is mostly gently sloping landscape cut by many rivers.  Geologically, most of the country is ancient riverbed and glacial deposits, two main stretches of chalk.  Norwich is on the chalk outcrop, and it is very hilly!  It’s a fascinating city (slogan ‘A Fine City’), once the second city of England, and made so by the combination of weaving, merchants and proximity to the coast for trade.  The Museum of Norwich is small but beautifully formed, and a must for anyone visiting the city.

On top of its castle mound, the Castle Museum hosts a permanent exhibition of teapots, as well as other artefacts, and an Art Gallery with frequent important visiting exhibitions.  The Castle itself looks modern, but dates back to Norman.  Elly Griffiths described it perfectly in The Janus Stone: a Victorian icing covering a rich medieval cake (Ch2, p14). The castle is full of wonderful tapestries, interesting artefacts, and fantastic dungeons—do the dungeon tour if you visit!  The city has cobbled streets galore, great shopping in the Lanes and around the market; you will be serenaded by a variety of first-class musicians as you saunter, or eat local ice-cream, or check out yet another local church, to add to the glories of the two cathedrals.

From Norwich, you can travel anywhere, but seriously, you don’t end up in Norwich by accident. It’s in a corner of its own, possibly a little behind the times, with a gentility that spreads to shop assistants and all manner of people a stranger normally encounters with trepidation.

Go east from Norwich, and it’s Broads, followed by the sand dunes that protect us (mostly) from the ravages of the North Sea. Spring tides and Low pressure systems put the coastguard and the Flood wardens on full alert.

Go north, south or west and you’ll encounter rolling farmland in between one of five easterly heading rivers, the Bure, the Wensum, the Tud, the Yare and the Waveney (although most of the Waveney is in Suffolk). At the top of the ridges, admittedly, it can seem flat for miles in any direction. But you come to the next river, mostly pure and unadulterated, with a wealth of fish, fur and feather (and frogs). To the southwest you’ll come into The Brecks, a unique sand-based landscape with its own ecology; to the northwest you’ll get to the forest surrounding Sandringham, and beyond that, the raised beaches of Dersingham Bog, before you end up on the real beach of the Wash.

The rich history of Norfolk is reflected by what seems like hundreds of notable buildings including the estates of Blickling, Holkham, Felbrigg, Houghton and Oxborough.  Halls of these estates (not necessarily today’s version) were around in Tudor times, providing the backdrop for royal intrigues and scandals. And then there are the castles…

Frankly, it’s hard to go anywhere and not be inspired in Norfolk.  Maybe that’s why there are so many writers, poets and artists here. The Norfolk and Norwich Festival each May showcases a wealth of talent in all areas, but in particular, I get inspired by people like Val McDermid and Sophie Hannah. The long-standing writing course at the University of East Anglia has a lot to do with so many writers having local connections.  Listening to these writers speaking about their craft is an inspiration in itself – and for crime enthusiasts we have Noirwich in September, which I’ve talked about often!

Then again, the nature writing workshops at one year’s Norfolk & Norwich festival inspired me in other ways.

There’s simply too much inspiration in Norfolk!

How about you?  Are you lucky enough to get inspiration from your home area?

credits: apart from the map and the A2Z badge, all the photos are mine. Please see copyright note below if you’d like to use them.

N is for Norfolk #AtoZChallenge2018