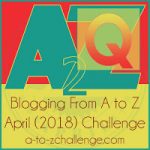 The Quest.  It’s such a common element of fantasy writing, if not most writing.  Whether it’s for an object or an ideal, most of us end up writing some variation on the quest.

I remember reading some sort of analysis of quests, and 20 things to check whether your fantasy book had any sort of originality in the plot at all.  I think I came out quite well on it at the time.  This was something going around in about 2012, so I doubt I’d find it now.

The typical quest has a weak and usually young, naive person, who acquires something that unbeknown to them, has great value. Something makes them set off on their quest, at which point the bad rich and powerful start looking for them.  Fortunately, the weak and naive hero(ine) meets, or discovers they already know, a powerful person with the skills needed to protect them.  They meet up with more people with different powers, and sooner or later they manage to overcome the baddies and succeed in the quest.

The types of quest vary from the pattern only in the type of object, whether it is in the open or has to be discovered, and the world in which it is set.

Is that really it?

Look back on the pattern and you will identify Lord of the Rings, His Dark Materials (The Golden Compass), and each of David Eddings series.  The one thing I remember about David Eddings is that there were a powerful number of his books in the library, and that even I could see the pattern emerging.  I think I gave up before book ten of whichever series I was reading, and never went back to them.  Narnia has a concept rather than something to be found, but otherwise Lucy and the others go through much the same stages.  Jason and his Argonauts is just the same.

I took back everything I’d said about David Eddings after I wrote the Princelings of the East and realised that in most cases, weak and naive helps the reader identify with the hero(ine)(s), and of course they need help from the wise and the powerful if they are to have any chance of succeeding.  The main skill, which is where the inspiration comes in, and this quiz I mentioned helped me, is to write it so that it isn’t a trope.  You have to make enough variations to make it new for the reader. That said, there is a school of thought that some genres don’t actually want new ideas, just the same story in different worlds.

I wish I knew what the quiz was, and where I could find it.  I’m sure you’d enjoy doing it!  Although, as a stopgap, you’ll probably enjoy this list of Fantasy Clichés!

Here are the first four plot clichés to entice you!

(from Silver Blade copyright 1998 to Kathy Pulver and Jeff Burke)

What do you think?  Do quest stories really only differ in what is to be found, and the different problems that thwart the hero(ine)?  Does it matter?

Q is for Quest #AtoZChallenge2018