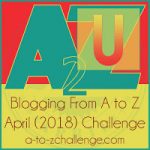 I’m featuring it today for two reasons; one because I like talking about places that inspire me, and secondly because Ulva is close to making history as the first community bought land in Scotland, following legislation that enabled communities to own land.  In a way it’s a reversal of the clearances, although I don’t want to upset the current landowners, because they’ve looked after the island well. 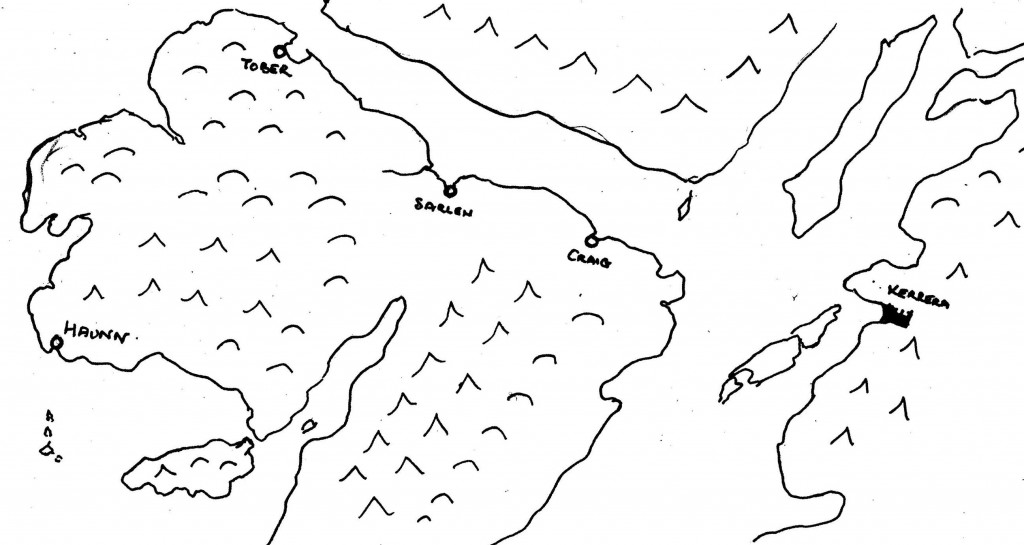 This is the map of Mull (or Moreisle as I call it in my stories) I drew for the MG novella Dylan’s Yuletide Journey, which is available free at Smashwords for all ebook readers. The location marked ‘Kerrera’ is in the position of Oban, a large fishing port on the mainland.  ‘Tober’ is the location of Tobermory – the inspiration for the TV show Balamory which most UK parents know.  The real ferry from Oban to Mull arrives on Mull at Craignure – marked ‘Craig’, since all my locations are castles or ‘holds’ which are smaller than castles.  Actually, the fictional ferry does the same route!

My favourite holiday destination in the world is at Haunn, which used to be a tiny fishing village, and is now a cluster of holiday cottages on Treshnish Farm.  The little speckle of rocks to the south of Haunn represent the Treshnish Islands, and the larger island to their right represents Ulva.  There’s a kirk, a main house, a couple of other houses, a barn which is the visitor museum, and the Ulva Boathouse which is on the quay where the tiny ferryboat zips across with its outboard motor.  The Boathouse does wonderful refreshments and meals, and fabulous cakes.  I should give you a warning about eating the whisky cake before going off on your hike, though.

I’ve done a lot of exploring on Mull.  I’ve done the coast to coast walk a couple of times.  It’s within my ability; you start at the edge of that inlet and walk over the moor to ‘Sarlen’ which is how you pronounce the village of Salen. The countryside is all beautiful, the views are fantastic, and the birdlife wonderful.

On my last couple of trips I did bird surveys as part of the UK (BTO) Bird Atlas project.  You had to walk around set locations (a map grid square) for two hours and record every bird you saw or heard.  The one on Ulva was a delight, and I saw some really good birds.

Some of these sightings get translated into events in my books.  In one I had Dylan and Dougall swooped down on by a nesting hen harrier they disturbed. I saw the hen harrier on its nest, not realising what I was looking at to start with—it just looked like a round grey stone—until it decided I was looking at it too much and it got up and flew around.  I left it and went over the side of the hill, and there was a golden eagle sweeping by!  And if I remember rightly I’d seen a peregrine falcon earlier in that walk.  Wow.

As you’ve gathered already, this countryside, and the island, have inspired me to write a number of stories featuring Dylan and Dougall.  I talked about them for the letter D.  But most importantly, having set the launch of Dylan and Dougall’s contribution to the Princelings series, The Princelings of the North, I discovered that the people of north-west Mull were raising money to buy the Isle of Ulva (#UlvaBuyout) from the present owners. The idea was to make it a sustainable community and help the regeneration of the island.

So I set up a fundraising page for them too.  It would be great if you felt able to give even a small amount towards the fund. All money donated on my JustGiving page goes straight into the UlvaBuyout fund.

The good news, is that the community have now been given a major grant to help them succeed in this venture, but they still need to show that they have support for it and raise a ‘trigger’ amount of money (to trigger further grants).  They have just two more months to do this. Ulva is the ancestral home of a number of families in the USA and Australia, including the McQuaries, so the organisers are hoping they will attract support from outside the UK.

Dylan and the Lights of Ulva

To help them, I’m offering a free ebook to anyone that support the campaign on my fundraising page.  I wrote Dylan and the Lights of Ulva specifically for the appeal.  Dylan sees some strange lights on Ulva from his castle at Haunn, and being unable to leave things be, he goes off to find out what’s going on…  If you don’t want to go to the fundraising page, but want the book, you can get it at Smashwords for $5, and I will donate £4 to the fund on your behalf. That’s out of my royalties and net of exchange rate, so I lose on the transaction!

I don’t know how many more Dylan and Dougall stories I’ll write, because I suspect they have outgrown their castle now, but they were pure MG novellas, at a lower reading level than the Princelings series.  Maybe I’ll do a collection of them.

I took Fred, George, Victor and Hugo to Haunn (but not to Ulva), and sadly never got to take the rest there.  The travelling logistics with six guinea pigs were just too great.  Maybe some of the current batch will get there one day.  I’m looking forward to going back.

All photos are mine; copyright notice in footer

What about you?  Do you have a favourite place that inspires you?

U is for Ulva and the Isle of Mull #AtoZChallenge2018

Tagged on: #UlvaBuyout    charity fundraising    Dylan and Dougall    Dylan and the Lights of Ulva    Fred    Hugo    Mull    Princelings of the North    Scotland    Ulva