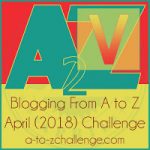 Venice.  It’s inspired many people, in many walks of life and the arts. Vienna, too. Both have a dangerous history behind them, full of intrigue, if not downright cruelty.  Many cities can say the same. But since today is letter V in the A to Z Challenge, and my theme is inspiration for my writing, I’m sticking with Venice and Vienna.  I’ve been to both, although I’ve been to Vienna for both work and play, I haven’t got any decent photos to show.

It was an ancient republic, built on marshes, then flooded again so it is now sinking at a measurable rate.  The main thoroughfares are canals. You use vaporetti as you would a subway system.  It was (and is) a trading port; it was rich, stinking rich.  A visit to the Doge’s palace gives you insight into the power and wealth involved, and the absolute shoddiness of the treatment they gave anyone else.  From sumptuous rooms that held an audience of thousands, to damp cells beneath the sewer level across the Bridge of Sighs.  If you want to write intrigue, where better to model your world.  It’s not a bad place to model drowned cities for clifi stories (climate change fiction), either.

At the centre of the Hapsburg / Austro-Hungarian Empire, Vienna was first city for centuries.  The buildings and grounds of the Schonbrunn Palace are vast. That’s a little way from the city itself. The city is a delightful medieval mess of streets, nooks, crannies and potential evil-doing inside the more modern ‘Ring’, which houses massive buildings designed to impose and impress. And the Hofburg Palace, in which you also find the Spanish Riding School of Vienna, is monumental with grandiose rooms in which the rich and powerful socialised and plotted.  While listening to Mozart and dancing to Strauss waltzes, of course.  Like Venice, Vienna is at the edge of two worlds, the ‘civilised’ western Europe, and the ‘dangerous’ east.

I haven’t really used any of these cities directly, it’s more of the subconscious inclusion of elements of their darker sides.  The world I used for the Fritz Lieber tribute for L could well link directly to a Venice-like world.  I find it interesting that the photos I have for both include several for timepieces; clockwork and time are themes that I could develop in my writing, I think. Maybe I could get into steampunk when I tire of these other worlds I’ve invented.

What about you?  Any cities you find inspirational?

V is for Venice, Vienna and inspirational cities #AtoZChallenge2018

11 thoughts on “V is for Venice, Vienna and inspirational cities #AtoZChallenge2018”