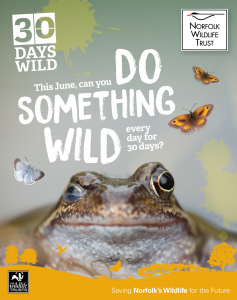 Galileo’s Theme Park is out today!  It’s a science fiction anthology in which we were asked to feature other worlds in our solar system.

I make no apology for pushing this on you as part of my #30DaysWild challenge, since I invented life on another planet for the anthology.

Aliens in my work

You may notice I like writing about animals of all types in my stories.  I like nothing better than turning a dragonfly into an alien species, as in this short story. I am pleased to say that particular dragonfly-like creature turns up in Curved Space to Corsair, too.  In fact he’s a very important character.

I think the incredible forms of life we have in our world inspire me to create intelligent life in forms we don’t usually consider to be as intelligent as ourselves.  We have now learnt that creatures do not need oxygen, or light, to create the energy needed to survive, mostly as a result of deep-sea exploration. So that gives us more ideas for what life on other planets might look like.

In Galileo’s Theme Park my story envisages life below the cap that covers Titan, a moon of Saturn.  Europa, a moon of Europa, has a similar ice covering.  Scientists are now talking of sending probes below the ice of Europa to see what they can find.  I hope it doesnt bear too much resemblance to my creations!

You may still have time to win a copy in my giveaway – check here!

Excerpt from “Titan is All the Rage”

As soon as the passengers awoke from their transit-sleep, we held a reorientation programme in the dining room. Our first priority was to remind them they were on a space ship, and re-establish the rules and safety procedures. After breakfast, we taught them the basics of Titan – since none of them would have done any homework beforehand. That could be lethal, as our one-time competitors had found when one of their celebrity customers completely forgot that Mars did not have an Earth atmosphere, and had gone outside unsuited.

So, once they had understood that the atmosphere at the surface was poisonous—at 95% nitrogen, 5% methane—and cold (-180 C), all we had to do was show them how the cocoons worked; how they could view the surface features; the different light effects possible for their digiscopes, and where to look for the effect of Saturn above the clouds. Then we reminded them of the itinerary. Day one: surface viewing and tour of the village. Flight to the Ontario Lake with the opportunity for touch-down at the Equator and viewing the dune system. Dinner on board before arriving at Ontario and boarding the SS Nefertiti.

“Why don’t we land at the Nefertiti straight away?” a large man in multi-coloured robes dripping with gold jewellery asked.

“That was in your booking information pack,” Karal, our rep, was programmed for patience. “The village gives you the proper Titan bio-adjustment, and you get to see the highlights of the surface before we submerge and take the passage through the crust.” He continued with the rest of the trip; four days on the Nefertiti, lectures from Guilie, which could be accessed at any time post-departure. Guilie would also attend the four viewing areas to discuss any wildlife sightings.

“If you see something and I’m not there, just buzz and I’ll come, or I’ll check on the video with you so that I don’t miss it.” Guilie was the world’s expert on Titan’s oceanographic life. We could use the word expert, because nobody else knew anything. Guilie received regular updates from the scientists.

“This lot are so boring,” Kent said as we took our private seats for landing.

“This lot are paying, and will boast to their friends.”

You can buy Galileo’s Theme Park now at Amazon