Book titles or character names, which gives you more difficulty?

The question for the June Insecure Writers Support Group completely slipped my mind, I was so intent on my 30 Days Wild challenge.  So I’m doing it for the Fourth of July instead, since many of you will be off celebrating, parading having barbecues and eventually fireworks.  Here in England it’s just a regular day at work.  Or golf, as the case may be.

My Strategy for Book Titles

My best strategy for book titles is to get a great title and then write the book.  The book generally works out to be relevant to the title.  There is one catch in this – some titles have been taken already.  Many times.  Then I don’t write the book.

My second best strategy is to write the book with a working title, e.g. X Series book 2. Then I have an inordinate amount of trouble finding something that resembles a decent title.  I can scan through the book looking for a catchy phrase, like The Left Hand of Darkness.  (It’s taken).  Using Shakespeare quotes doesn’t work either.  I’m never any good at making puns on quotes either, like The Taming of the Brew – a good cozy mystery title, I think.  Check whether it’s been used and you can have it, I don’t want it!

I always check my titles on Amazon.  If there’s more than one using the same title, consign it to the bin.  If you think it’s a good idea, well, off you go, but remember, if you look it up on Goodreads, and people get 25 pages of the same title, or titles that start the same, they may well give up before finding yours.

Then again, I suppose there’s a chance of them finding yours by mistake.  Maybe it’s a greater chance than them finding my unique one.  Hmm.  Maybe I should change this strategy.

My Strategy for Character Names

I don’t have one. I make them up as I go along. Maybe it’s because I have read tens of thousands of CVs (resumes) in my time, that I don’t have too much difficulty finding names, although I could improve my diversity ratings.

Character names for alien species are slightly more difficult. As someone pointed out, K’ddith Sk’ortag is all very well, but how are the readers supposed to pronounce it in their heads? and…. can you guarantee you’re going to type it correctly through your entire manuscript?  I was very proud of Arko Fanwester as a name.  Although at one point I changed him to Zarko. 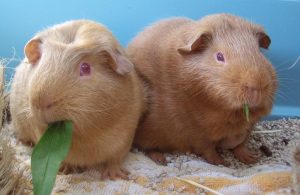 One thing though… if you name your characters after your own and your friends’ guinea pigs, and you (and they) name the guinea pigs after fictional characters, you could end up with plagiarism problems.

This was a very late contribution to the June Insecure Writers Support Group, because I preferred this question to the one for July.  I hope you enjoyed it anyway!