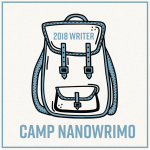 I also have Curved Space to Corsair on pre-order at iTunes, Nook and Kobo, and listed at Smashwords.  This must be why, in among my better-than-usual sales stats for Smashwords’ Summer/Winter Sale, there is a sale for Corsair.  Thank you, kind reader.

For all the other sale items, see this post from last Sunday.  For those keen on getting those ‘free to the first 50 readers’ offers – don’t hang about.  It seems to be the most attractive offer I’ve made!

I have cut this book down from 90,000 already, though. This is by no means my first edit, in fact it aims to be my last before sending it to the Editor.

The story takes place in the Alpha and Delta Quadrants, mainly.  I hit on the plan of isolating the Delta quadrant activity in its own chapters, while various other strands happening in the Alpha Quadrant get lumped together.  It gets more complex as it goes on, with two strands overlapping, mixing and demerging, with another one twisting in after twisting out earlier. There is also another thread with two strands, that link us back to events in the Viridian System itself.  I’m not sure how well it will work, although I was happy enough with it on the last draft.  I’m just coming up to where I have five strands working at once, so I’ll let you know what I’ve done with it next week.

Meanwhile, my grammar seems to have improved (in my eyes), my use of favourite words not so obvious (maybe too many glances where once there was a continuous set of looks), but my points of view still give me problems.  The main problem for this is onboard ship with the four protagonists.  It becomes confusing, I think, for the reader to switch around each of them, but giving Pete all the POV seems a bit mean to the others.  Sometimes I think I should stick to third person omniscient with them, but that seems boring.  I think my current solution of giving Dolores the second most important POV will work, though.

I decided Pete needed to show more of his state of mind at one stage of this journey they’re making.  So I wrote this bit to fit in shortly before they make contact with an alien species, which gets his mind back on track. It also serves to remind the reader of his primary purpose in life, [spoiler alert for people reading The Perihelix] and let them know the Perihelix is still there.[/spoiler] I only wrote it yesterday, so it may need more grammar checking. I also want more synonyms for ‘scream’.

Dust and ashes swirled in the air around him as Pete ran across the dried grass and stubble on the world named Corsair.  His friends and family were running away from him, pursued by the Imperium war-blasters, who in turn were chased by Pete, waving the Perihelix.

Globs of earth and roots flew into the air as the war-blasters turned and spat fire onto the earth around him. The Perihelix deflected some, and absorbed others, sending out firepower a hundred times stronger that sometimes missed the Imperium machines and swept onwards over the plains.

Pete screamed along with the screams of his compatriots, against the screech of the metal legs of the war-blasters. The cacophony was alien to the rich, green countryside of the Corsair foothills. Pete’s fear rose, threatening to suffocate him, as he overtook fallen friends.  His mother lay on her back, eye sockets pooling with blood… he leapt forward wailing in agony, attacking the nearest enemy he could find…

The screams were real.  Pete opened his eyes to find Lars pulling him off Dolores, who was shouting at him to let her go. He looked at his hands, and the imprints left in Dolores’ arms.

“What are you doing? Calm down, you idiot!”

Pete felt the sweat pouring from his face. He fought to control himself, kneeling on the bed, panting. Dolores. He reached forward and saw her flinch. Her eyes were hard, wary. “It’s okay. I’m sorry. I was…”

How could he tell them about Corsair?  How could he tell them how empty he felt, stuck out here in the nowhere of the galaxy, while he was called to take the Perihelix and save his world?  But how, in all that was good, could he attack Dolores and hurt her like that?  “I’m okay now.” He reached forward, more slowly, and examined her arms. “I think you need some salve on that.”

He saw Dolores exchange glances with Lars, who left, Maggie going too, although she checked up on Dolores before she went.

They sat for a few minutes in silence. Pete’s breathing returned to normal. “What’s that on the floor?”

“You smashed the locker. At least it wasn’t my head.”

“Dolores…” There was nothing much he could say, really.

“What was going on, anyway? In your dream?”

“I had the Perihelix and was fighting the Imperium, they were rampaging over my village and its fields. My mother…” He closed his eyes, remembering the broken body in front of him, the terror that it might actually have been killed by the energy of the Perihelix, not the war-blasters.

“Hush, it’s over now.” She rubbed his arms. “You’ve been uptight for weeks. Does this help let it out?”

“I dunno.” He looked at his hands, spread his fingers out, clenched them again, then relaxed them. “These are strong enough, without the Perihelix too.”

“I know. You don’t get to be Galactic Arm-wrestling Champion without strong hands.”

Pete shook his head, but a ripple of amusement went through him too. He was who he was. “I could have hurt you badly. Very badly.”

How would I know, if I was dreaming, he thought. And then again, the thoughts that had been uppermost in his mind for weeks: what is happening at Corsair; what am I supposed to do to save them? [Curved Space to Corsair in prep.]

By the end of week 1 I should be through 25,000 words.  That’s good, it’ll give me time at the end for all the routine checking that is done with search & replace and other online tools.