I’ve not done any Friday Flash Fiction for a few months now.  You may (or may not) have noticed.

I started doing a regular flash fiction on Fridays way back… I have 301 posts tagged as ‘short stories’, the first in 2012, although that was an excerpt from The Traveler in Black and White for Halloween.  Then in 2013 I did an A to Z of short stories, including some from my writing class, some from friends (from the writing class) and some new ones.  They included backstory for the Princelings books even then, Rajah of Nilgiri, Uplifting Experience and Zephyrs among them – some of my favourites.

I was already doing Friday flash fiction when I discovered Chuck Wendig‘s Friday prompts.  Some people wrote them straight away and many were linked by Monday.  I got mine in just before the Friday lunchtime (California time) deadline.  For a long time Chuck produced a great range and variety of prompts to stretch us, whether titles, or genre mix-ups, or ‘must include’, or just sites to go to for randomly generated picture prompts or characters.

Then Chuck hit the big time. His books took off.  First he was talking at Cons, then he was a panellist and then he wrote two of the Star Wars follow-ups.

Nobody minds when someone hits the big time and hasn’t got time to blog any more, but many of us missed the prompts.  I borrowed some of them and popped them here for reference – citing Chuck as the originator.  It helped keep me going for a while. 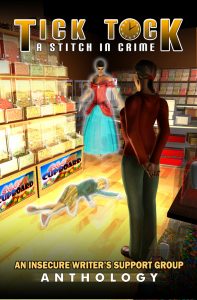 I realised last winter that I was running out of energy for Friday Flash fiction.  I had picked up on a meme of #FridayFlash which I couldn’t find and didn’t seem to have ever really joined up with, so using the meme seemed irrelevant.  It seemed that even with a prompt, my mind was just… empty. The purpose of writing them is to showcase my writing when people visit my blog.  But maybe I need to get my writing ‘out there’ to get new people to my blog.

So, the chance to write stories and submit to anthologies came up.  I think Rebecca and I hit this at much the same time, after her story was accepted for Tick Tock (IWSG), and I discovered the Third Flatiron group, which specialises in speculative fiction. When I was accepted for Galileo’s Theme Park with Titan is All the Rage, I decided that I ought to continue on this path.

Opportunities in Anthologies and short fiction

This is the new craze for authors like me, I think.  There are so many flash fiction competitions out there now. Some will be accepted and published, others will sink without trace.  You need to consider writing what the organisers want, rather than the self-indulgent ‘what I want to write’.  The aim for me, is to find a good match.

Or, even better – to read the submission requirements and have an idea.  Light bulb = on.

That’s what happened this week with the announcement of the IWSG anthology this year.  Last year, no lightbulb moment.  This year, the theme is masquerade and the genre ‘Young Adult Romance‘.  Well, that’s not my genre, at all.  But I had a lightbulb moment!  So we’ll see if the idea makes any sense, and if it does, whether it makes a decent story.

Other ideas I’m working on:

There are more, including Salt, an independent publisher in Norfolk, and Unthank, who ran my writing course.

Most anthology editors (although not all) require unpublished work. Some count one’s own blog as ‘published’; some don’t.  So anthology hopefuls won’t appear here till I’ve given up on them. 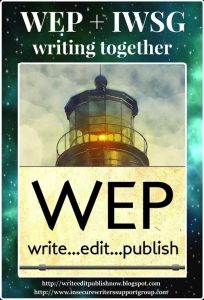 You will have seen from Wednesday’s post that IWSG has teamed up for a large flash fiction bonanza on the third Wednesday of the month.  That sounds like it’ll fit between other Wednesday posts, including Fi50. Wednesday will become a regular day for posts, and Friday will drop out.  Of course, you can always read Wednesday’s post on Fridays 🙂

Short Stories for Princelings and my other heroes

Princelings Book 9 has a series of back stories included within it. Some of these are yet to be written. You may or may not see them first, but as some may well be stories from people at Castle Marsh about how they came to arrive there, you might!

So Friday flash fiction may return, but not regularly.

2 thoughts on “Friday Flash Fiction is moving to Wednesdays”