Kevin and Percy did the A to Z Challenge in 2017, as had Victor and Dylan before them. They used to run the George’s Guinea Pig World website, now it’s under Roscoe and Bertie’s control. They are doing the AtoZ this year, but only once a week. I’m afraid I am addicted to talking about my guinea pigs. They are very lovable and distinct characters, and provide the basis for many of the characters in my Princelings of the East books.

This year my theme is Flashbacks, in honour of the A2Z’s tenth anniversary. Read on for the flashback of Kevin’s post on my blog in 2017, when my theme was… my blog. 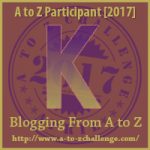 If you haven’t met them yet, get over to George’s Guinea Pig World and see what their favourite thing today is.  Although, as it starts with K, I know what it is, and you may not find it awe-inspiring.  Each to his own.

Kevin and Percy are blogging from A to Z this month.  They usually only do Mondays 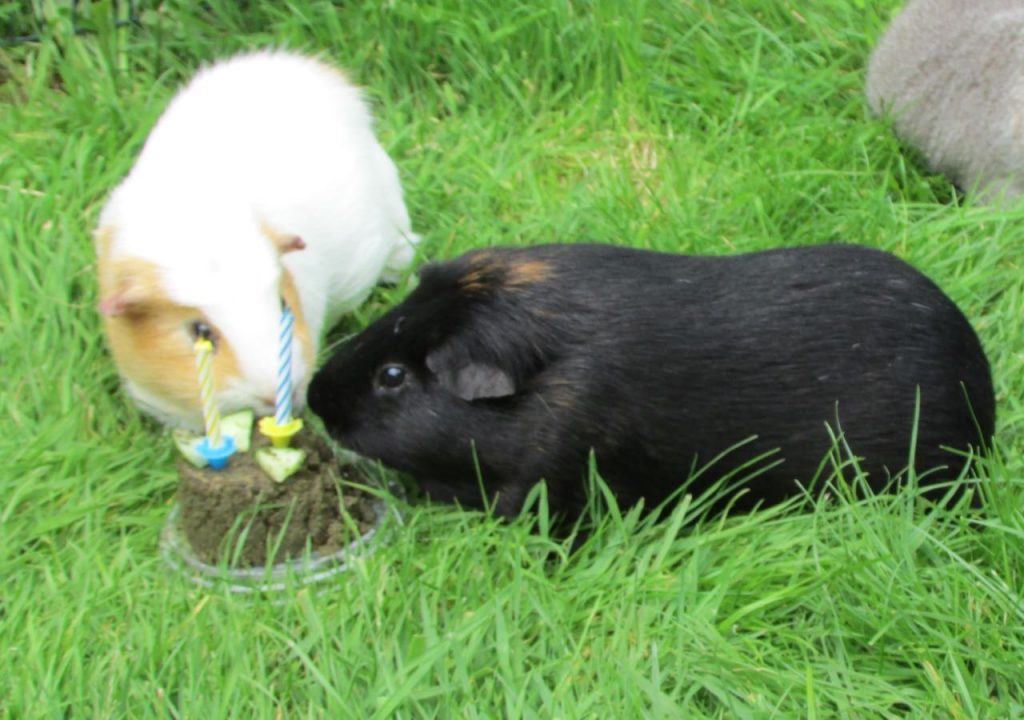 So, welcome, Kevin and Percy, to my blog.

How are you today?

For our readers, would you like to tell people who you are…

K: I’m Kevin, I’m six years old, which is pretty old, really.  I’m ginger and white with a swirl in my hair between my ears called a crest.  I was born on Jersey, in the Channel Islands, and I came to live with Mummy, sorry, Jemima, along with my friend Colman, in 2012. And Colman lived till he was seven, which is very old.

P: I’m Percy, I’m black with a few ginger hairs, and I came to live here a little while ago (how long, Mummy? J: eighteen months, Perce) Eighteen months ago. And I might be about three. We don’t know. I’m a mystery pig, really. And I can shout very very loudly when I want to.

K: That’s true.  I hear him upstairs, no trouble. 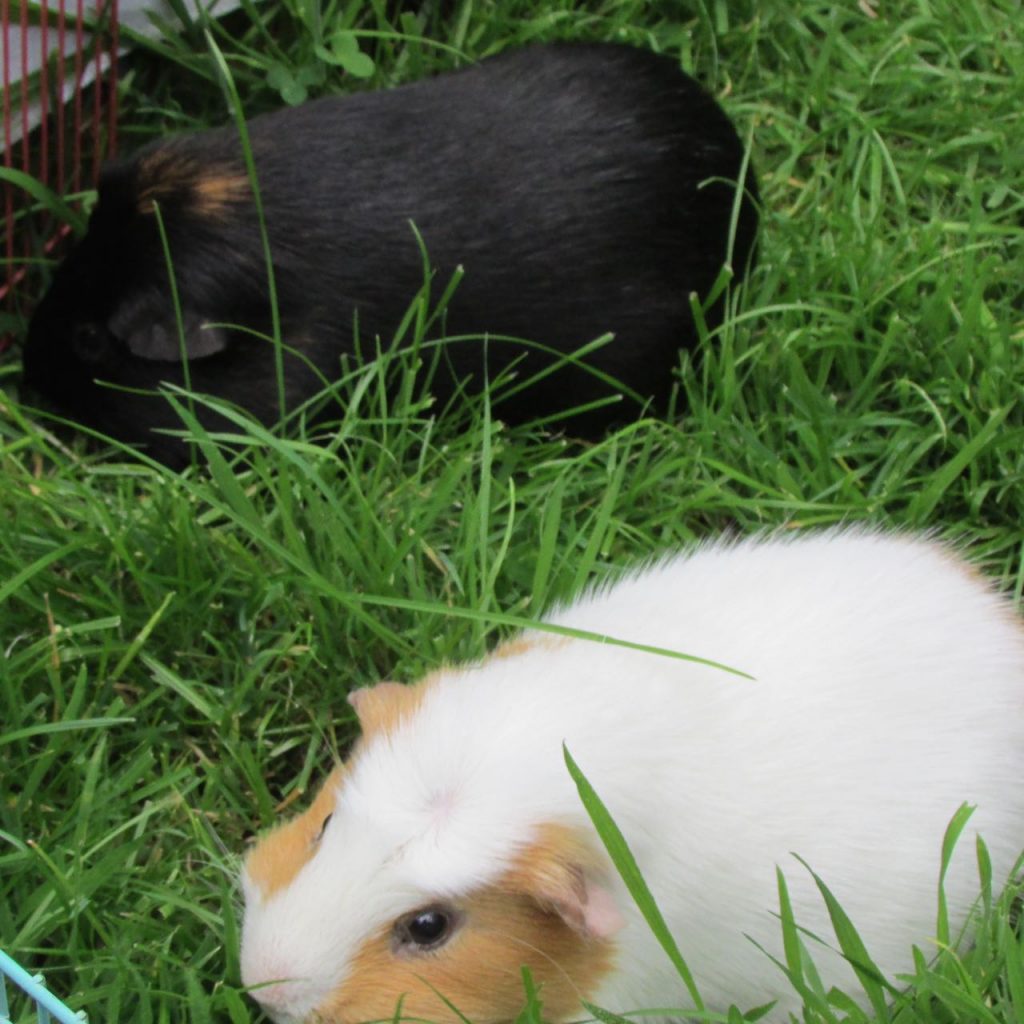 What are you blogging about this month?

P: Mostly your favourite things.  Some of the things you blog about I don’t like.

K: But kale’s delicious – especially straight from the garden.  What else don’t you like?

K: But they’re all delicious!  Mummy gets those for special treats for us.

P: I wish she’d give me carrots more often.  I like carrots.  They’re my favourite.

K: She gives me carrots.

P: There you are then, it’s not fair.  Just because you’re skinny and need feeding up, and I’m the heaviest piggy she’s ever had.

K: You don’t look heavy, though.

Er, boys, thank you, this is great, but the readers may be getting bored with your bickering.

P: Yes, we are.  And we’re very cuddly, especially if you’ve got some nice fresh cucumber to give us.

Whose birthday cake is that in the picture at the top?

P: Mine.  I was three.  We guesstimated my birthday and had a party in the garden with Midge and Oscar.  I love parties.  And cake, made of mushed up pellets and herbs.  It’s delicious.  Can we have another?

J: Not till July, when Midge and Oscar will be three.

K: Is it time to go into the runs out on the grass yet, Mummy? 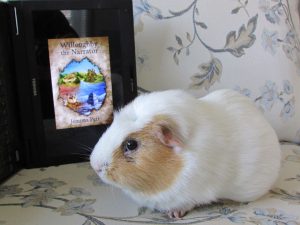 Yes, I think it is.  Thank you for appearing on my blog today.  I hope my readers enjoyed it.

Well, you squeezed that in all right!  Say goodbye now.

If you enjoy flashbacks, why not join in with Flashback Friday?

Flashback Friday is with K for Kevin and Percy, two guinea pigs, interviewed for the #atozchallenge in 2017 #guineapigs Click To Tweet

Kevin died on 9th May 2017, having become ill during that April, and handing over the last few posts to Percy.  The day after Kevin departed, I realised Percy had a huge lump on his jaw, which turned out to be an inoperable sarcoma.  Despite that, he managed another year with me, and died on 31st May 2018.  I miss them both.

K is for Kevin and Percy #atozchallenge

9 thoughts on “K is for Kevin and Percy #atozchallenge”