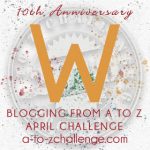 Water. The stuff of life.  It’s my pick from the posts of the last seven A to Zs, as my theme for this anniversary year is flashbacks.

It is also the proper place for Flashback Friday posts – the meme originally invented by Michael d’Agostino and carried on by myself and Rebecca Douglass.  We’d love some more people to join us – see the details here.

So now, step back to 2015 when my theme was ‘natural phenomena’. 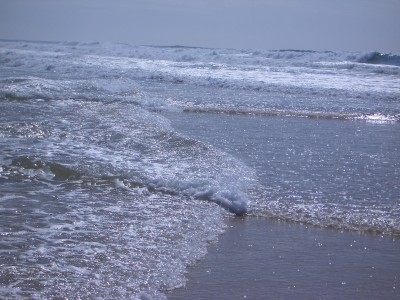 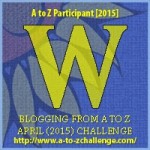 Water is unlike nearly every other substance. 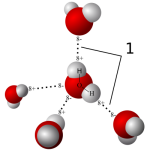 As you know, water is made from two Hydrogen atoms and one Oxygen, hence its chemical formula H²O  (that two should be dropped below the line, but that’s the best I could do). 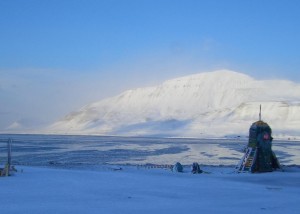 More amazing stuff on the subject at wikipedia.

Pictures: hydrogen bonds with oxygen from wikipedia; interference waves on the Gironde coast (mine); mist, sea, ice and mountains at Svalbard (mine)

What a truly amazing thing WATER is and we just take it for granted. Water is unlike nearly every other substance. Find out more ... #atozchallenge W is for Water #science Click To Tweet

Don’t forget to enter my A to Z Challenge giveaway, replicating the one I did in 2015 – but with new and better prizes!

W is for Water #atozchallenge #flashbackfriday

2 thoughts on “W is for Water #atozchallenge #flashbackfriday”