Damyanti Biswas writes cracking, atmospheric and immersive short stories.  Today she launches her first full-length novel You Beneath Your Skin.

I’m planning to review it later in the year – I’m a bit behind with my launch reviews at the moment – but here are the details of the book.  I managed to snag it at 99 cents (pence) but that might have been the pre-launch offer. 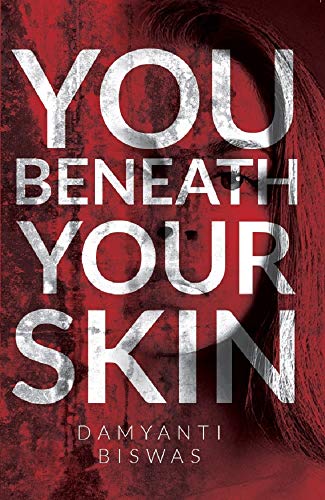 You Beneath Your Skin by Damyanti Biswas

It’s a dark, smog-choked new Delhi winter. Indian American single mother Anjali Morgan juggles her job as a psychiatrist with caring for her autistic teenage son. She is in a long-standing affair with ambitious police commissioner Jatin Bhatt – An irresistible attraction that could destroy both their lives.

In a sordid world of poverty, misogyny, and political corruption, Jatin must make some hard choices. But what he unearths is only the tip of the iceberg. Together with Anjali he must confront old wounds and uncover long-held secrets before it is too late.

YOU BENEATH YOUR SKIN by Damyanti Biswas OUT NOW! 'a compelling and credible crime thriller that is really hard to put down.' #YouBeneathYourSkin @damyantig Click To Tweet 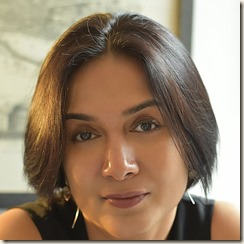 Damyanti Biswas lives in Singapore, and works with Delhi’s underprivileged children as part of Project Why, a charity that promotes education and social enhancement in underprivileged communities. Her short stories have been published in magazines in the US, UK, and Asia, and she helps edit the Forge Literary Magazine. You can find her on her blog and twitter.

From a Review by Shilpa Garg

You Beneath Your Skin is a racy-pacy crime thriller with a plot that twists and turns like the alleys of the slums. It takes you into the dark underbelly of India where the poor are mere pawns in the deadly game of power, greed, lust and corruption. The plot is inspired from our real world where murders, misogyny, dog-eat-dog politics, personal prejudices, poverty, corruption and ambition are common and as a reader you can relate to it all. The characters are strong, well-etched and very real. The voice of the author is succinct and lucid and written in a no-nonsense manner. The dialogues are realistic and engaging.

You Beneath Your Skin is a compelling and credible crime thriller that is really hard to put down.

Launch Day for Damyanti’s first novel – You Beneath Your Skin