But no, this is not my book of the year.  I’ll do that later this month or even (shock horror 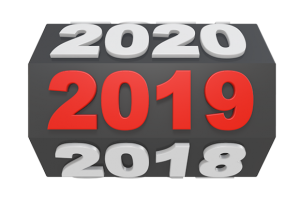 ) after the year has ended.

No this is a job for December, thanks to the Bookshelf Gargoyle , who isn’t blogging any more, but gave me some easy blog content for when my brain is fried.  He always prompted me to do my version of this clever thing – which is to complete the sentences with titles of books I’ve read in the year.

You can copy the prompts and add your own!

So far, I would describe this year as being: Hairy Hamster Horror

I’m tipping that the next big thing in Reality TV shows will be:  Grimm, Grit, and Gasoline

I could have cried when: Dining Out With the Gas Giants

I would love to have some respite from: Rough Magic

The most unexpected thing that happened this year involved: A Man called Ove

My non-bookish friends would say I: Kill the Black One First

My motto for 2020 will be: The Age of Misadventure

I am most looking forward to: The Long Flight Home

A recurring dream I’ve had this year features: Death By Library

If you looked under my couch you would see: My Sister’s Bones

If I could no longer blog, I would probably pursue a career in: Galileo’s Theme Park

Something most people don’t know about me is: A Difficult Mirror

I laughed when I copied and posted this from last year: I am most looking forward to: Deadly Election. Yes.  We go to the polls again on 12th December. That’s what my 2019 has really been about.