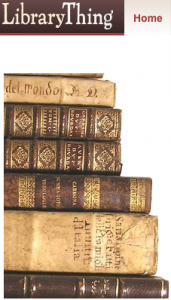 Book blurbs in haiku form is maybe not the most obvious way of summarising one’s output.  The idea came from Librarything.

I joined Librarything several years ago, and used to post my reviews there, until I came up against a barrier I could only overcome by paying for membership*.  I’m not sure whether that is still the case.  I still get the regular newsletters and have had first-read books from them, though.  One of those had been in my ‘to-read’ list for along time before I got around to it.

This month’s newsletter told me that rather than what they used to do—a one sentence summary for each book—they have had a new idea.  Book blurbs in haiku form.

You may remember I used the one sentence formats in one of my book pages – probably on the Princelings website.

Now I want to put them all into haiku form: five syllables, seven syllables, five syllables.  After all, I even had the characters doing haikus in a narrathon in The Talent Seekers!

George and Fred save the Realms

and George fights for life

Well it’s a start.  Maybe I’ll do a few more next month.

How would you tackle your books – or a favourite?  Have a go in the comments!

Update on the Audiobook

I hope it’ll be out very soon. Just waiting for confirmation it’s got through the QA process. Check your Amazon, Audible or iTunes pages links for The Princelings of the East.

Book blurbs in Haiku form – what do you think?

4 thoughts on “Book blurbs in Haiku form – what do you think?”