The day has finally come for the last in the series, which I started writing in the dim dark days of 2008, thanks to inspiration from some guinea pig friends. Today’s post has an extract and a Giveaway, so there’s a lot of reading!

In 2008 it was just a trilogy.  But the characters wouldn’t accept their fate and demanded more. And so the saga of the Realms wound its way from south to north, and even into Germany before returning to the east.

Jasmine’s birthday party ends in disaster. George seems to have lost a phial of highly dangerous liquid. And King Fred is battling politics, relatives and self-seeking dignitaries in his aim to give the people a better way of living.

But can Fred keep the promise he made to an engaging chap from another time when he was just a princeling? Or will all their hopes fail? 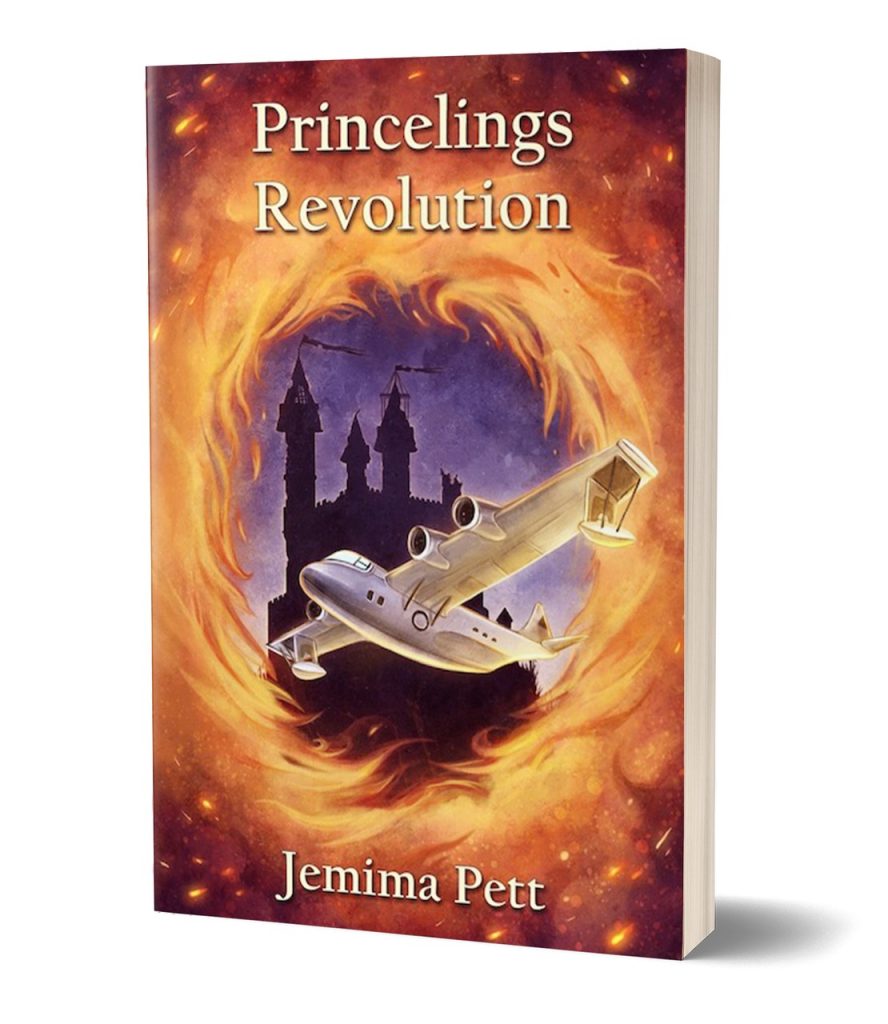 Jemima’s favourite quotes from the book

Ten books take us from 2009 through to 2021, with a prequel at Book 4, explained from Lord Mariusz’s point of view. The feudal structure of the Realms, the changes wrought by new technology, largely promoted by Princeling George, Fred’s brother. The demise of paranormal creatures, thanks to George’s use of garlic in the fuel cells; the rise of an anti-monarchist group called the Causists, and the resilience of characters great and small, trying to keep their pleasant and friendly society together in the face of so-called freedom fighters. One simple book at a time creates a world of change that will be somewhat familiar to every reader on today’s uncertain planet.

Suitable for good readers 8 years and up, although some parental guidance may occasionally be needed. Generally listed as age 10 and up.

'Hector in charge? Couldn't lead a file of caterpillars, that one.' Princelings Revolution is out today! #princelings #mgseries #booklaunch Click To Tweet

Jemima Pett started writing stories when she was eight. By ten she was designing fantasy islands, complete with maps and railways timetables. There was no call for fantasy island designers then, so she took the science route through university and went into a business career, then retrained for environmental technology. Once in a policy research organisation she started writing again, reports, papers and briefings. She didn’t believe she could write fiction until her guinea pigs came along, and inspired her to write The Princelings of the East.  Now she enjoys writing short stories and science fiction novels, and has been published by Third Flatiron Press, among others. She lives in Hampshire with Roscoe, Neville and Biggles, who all appear in Princelings Revolution.

Entries close at 11.59 23rd October, New York time. Open for entries in all countries and states where this type of raffle is legal. Some additional entry options may be added: please check back if this is important to you.

The harbour at Castle Wash included a large store full of bits and pieces for ships as well as sails and larger fittings. George was ferreting around in the aisle of wing nuts and clips when he heard some people talking together on the next aisle, just the other side of the box he was checking in.

“Exactly. Bring the goods ashore, hand them to the party waiting for you, they’ll have blue sashes on. Low tide before dawn, poof! Up goes the causeway.”

“The causeway for the Cause, he-he.” the second one chuckled, but it was an ugly sound.

George stayed still, his hand poised over the wing nut he wanted. It didn’t sound like these people wanted to be overheard. How could he see what they looked like without being seen himself? If they checked down this aisle when they exited theirs… There was a shelf behind him just above his head height, with bundles of netting on it. He grabbed hold of the sides of the shelving and dragged himself onto it, grateful that he’d had to use a top bunk from time to time, and the technique hadn’t escaped him. He scrambled over the netting and peered through a loose bit of it.

The two conspirators reached the end of their aisle, and sure enough, checked out George’s one for anyone listening. Why didn’t they do that before? George wondered. Was it a chance meeting? Maybe they’d had to move out of another aisle, and he’d been too quiet, inspecting the contents before he rummaged in the boxes.

He saw their faces. One was a regular seadog, unmarked coat, dark brown, but with a spotted scarf around his neck. The other seemed vaguely familiar. But was he someone he’d met in the past, or did he just resemble someone he knew? He listened to their conversation as they left, chatting about eateries in the area, and realised. The second looked just like Py, proprietor (with Archi) of the Cheeky Parrot, Castle Wash’s famous inn. But Py wouldn’t be involved in conspiracy. Would he? 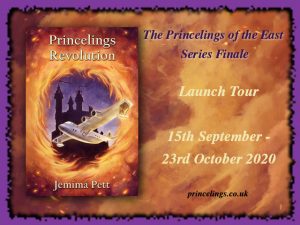