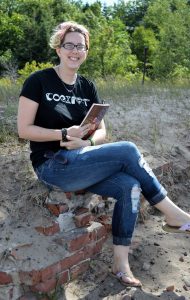 We’re having a birthday party! Not that it’s my birthday, although it is an anniversary of someone I love.

But when we discussed what sort of guest post we could do for Princelings Revolution, Patricia Josephine replied ‘let’s have a birthday party!’

So light the candles and make sure the streamers don’t catch fire, and take your places for Musical Chairs.  I’m at Patricia’s website, and she’s at mine!

First off – you’ve recently had a new book out, haven’t you?  Tell me what we need to know about it, and then I’ll ask you some more questions 🙂

Yes, my newest release ( well, new as of June of this year. I actually had to go look and remember what book I had recently released! LOL) is a short story collection called Influenced. It is three stories about the angels and devils who sit on our shoulders and whisper in our ears. They think they know their duty, but life isn’t black and white. It’s full of shades of gray that hold the real answers. You can grab it on Kindle or read in Kindle Unlimited, and it’s free for you today but I plan on making it available to all retailers soon. 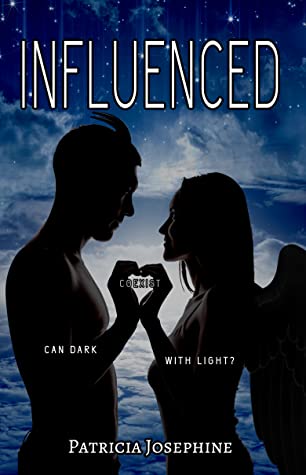 When did you first start writing?

I first started seriously writing in my late twenties. During my high school years, I was more of an art nerd and had plans on being an artist. In reality, I thought I was bad at writing due to a low grade on a college paper. I think I would have done better on that assignment if she had giving me advice like show, don’t tell, but she never said any of the advice I see a lot of writers giving.

Well, I can relate to the ‘bad at writing’ bit. What was the first thing you wrote after that?

I was bored one day, so for fun, wrote down a story I thought about nightly when I should have been sleeping. It was bad and I put people I knew in real life in it. But it was the start of writing and I haven’t looked back.

What motivated you to become an indie author?

The freedom that it involved. When I started looking into publishing, I looked at both traditional and indie publishing. I made a list weighing the pros and cons, and in the end, decided to go it myself. I just didn’t like the idea of being forced to change aspects of my stories because a publisher believed that would make it more marketable. I mean, I want my stories to sell, but at the same time, I have to balance that with how the story goes. I have to be true to myself.

When you’re not writing, how do you spend your time?

I like to knit and make jewelry, so when I’m not writing, I’m doing that. Or taking a nap. I have a fatigue problem, so I get worn out easily. That really affects my writing, but I’m doing my best to be productive when I have the energy.

Well, I don’t want to get in the way of your birthday celebrations, so I’ll let you have a nap now.
Thanks for spending time with me and my readers, and good luck with the new book!