Xtraterrestrials is a post I wrote for the 2018 A to Z. I did a lot of work on it, then suddenly there was so much news about exoplanets, that I did that instead. 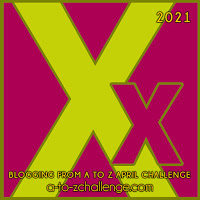 This post on extraterrestrials never saw the light of day, in 2018 or 2019, when I recycled a lot of posts in honour of the AtoZ’s 10th Anniversary.  It’s now been hanging about so long I just thought I’d post it as a random ‘thank you’ to the A to Z team.

My theme for 2018 was inspirations for my writing.  Xtraterrestrials inspire me? These are my favourites! 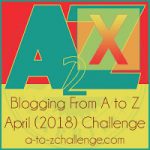 Yes, I know, I’m cheating.  But I’m on the X of things that inspire my writing, and other people’s extraterrestrials are part of that. I suppose it’s necessary to define xtraterrestrials for my purposes.  It’s anyone of non-earth origin.  Extra – Terra – being outside Earth, not just any old planet.  So humanoids abound.

I think humanoids are not aliens for my purposes.  Aliens tend to be people with non-humanoid biology in my personal definition. 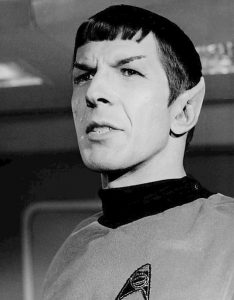 Spock.  Oh, come on, Mr Spock must be close to number one on everyone’s list. Vulcans are definitely xtraterrestrials.  A bit of pointy ears, green blood and hearts in the wrong place never hurt anyone, but essentially, if you cut him, does he not bleed?

Quark.  What’s with the ears, Ferengi?  And what’s with the extreme misogeny?  Even so, that tends to come back and bite them in the most amusing way, if I remember rightly.  The Ferengi world was well-formed, as were the Cardassians, the Klingons, and every other species in the Star Trek universe.

Gowron, the Klingon that always reminded me of Noddy Holder.  He was Chancellor, equivalent of an Emperor, and I seem to remember him falling out with Worf. I think they were related, or maybe it was a clan thing.  Sorry, someone is going to be slating me for my lack of Star Trek detail.

Jabba the Hutt.  Just such a wonderful blob. Definitely inspired some of my characters on Pleasant Valley, even if they are in better shape.  Oh, hang on, he’s officially an alien, not an ET.  Slug-like.

Chewbacca.  In my universe Chewie would have a classification on the humanoid scale, so he does count.  He’s so strong and cuddly…

Zaphod Beeblebrox.  Oh come on, he’s so cool!  Well, one of his heads is, any way.  The other seems a bit dim.  I suppose I can count…

…Ford Prefect as well.  He may not be sexy, but he is nice, dependable, and not fazed by weird things happening.  I think I could travel the universe with him.

Killashandra Ree.  She was bound to show up eventually – Anne McCaffrey’s Crystal Singer.  I so wanted to be like her; after all, her taste in men is pretty much like mine.  Arrogant, though.

The Pan of Hamgee, General Moteurs and Pub Quiz Alan, all from M T McGuire’s wonderful K’Barthan trilogy, er, series. The Pan is wonderfully resourceful, very clever and yet incredibly stupid. General Moteurs is sexily evil, and Pub Quiz Alan… may not be extraterrestrial.  In fact they all might be alternative universe.  Who cares?  If you haven’t read this series yet, start with Few Are Chosen.

Sicarius.  From Lindsay Buroker’s universe.  A little serious, perhaps.  And deadly.  Deadly serious, but so attractive…. But again, is he an ET, or is it alternative universe?

Oh, I give up.  I might as well just list my favourite characters, which would have me here till next year’s A to Z. Er… that could be a theme, of course.

What about you?  Who are your favourite humanoid xtraterrestrials?