Princelings Revolution is coming along well, and may even meet its early release target.

Comments back from beta readers so afar are helpful, insightful, and accurate! 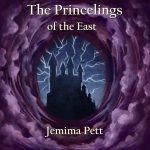 Princelings of the East has been out since February at Audible, Amazon,and Apple (iTunes). I have codes for free copies if you like to ask me! Just say whether you want a US or a UK one.

I’m planning to incorporate them when I’ve finished reviewing the audio tapes for Pirates, which are nearly completed.

After that we’ll be working on the Princelings and the Lost City.  I’ll only continue if there’s demand 🙂 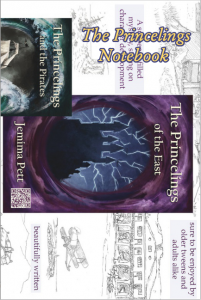 An idea came up from my paperback publisher. They’ve been doing a LOT of advertising for people to make hardback books of various memories during the Covid-19 lockdown. One idea, of making a book of your sketches, appealed.

How about the Complete Illustrations for the Princelings series?

This is different from the Notebook, because it is not designed for writing. I imagine I would find a quote or something to go with each picture. I’m now torn between doing it as the original pen & ink sketches, and leaving it for the colourised version.  There’s no hurry, after all.

Maybe there should be a Princelings Companion? The directory of everything? That could have all the illustrations in it. Maybe it’s a better idea…