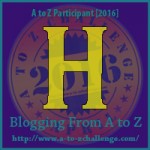 Helliconia Spring – the first of the Helliconia trilogy by Brian W Aldiss.  It came along at a time when I found the books too large and turgid to get into – I don’t know what I read instead, but it didn’t appeal.  It won loads of awards – 1982, I note, so maybe I was just busy with work.

This is the first volume of the Helliconia Trilogy – a monumental saga which goes beyond anything yet created by this master among today’s imaginative writers. An entire solar system is revealed, and with it a world disturbingly reflecting our own, Helliconia: an Earth-like planet where dynasties change with the seasons .

Events and characters and animals stream across the pages of this gigantic novel. Cosmic in scope, it keeps an eye lovingly on the humans involved. So the 5,000 inhabitants of the Earth’s observation station above Helliconia keep their eyes trained on the events of Oldorando and may long to intervene though the dangers are too great. So we on Earth have them all in our vision in one of the most consuming and magnificent novels of scientific romance.

400 pages on a kindle is a large book.  At 34% of the way through, I’m told I still have nearly eight hours reading time left to finish it.  The first part is a good story of Yuli and how he ended up in the civilisation under the mountain and how he escaped to form another civilisation when he was accepted by a tribe.  This on its own is a great piece of world-building – the visuals of life above and below ground, the animals, the life-cycle of one of the beasts of burden (who only give birth when they die – do not read it while eating).  The culture involved is astounding.  From myths and legends that form a counterpoint to those of the inhabitants of the surface, the priesthood and its beliefs and rituals; the way the police state is managed…. the detail of how food is grown underground…  It is fascinating and mind-blowing.

Then we leave all that and start working towards events for the tribes on the surface, descendents of Yuli, as they start to realise that their whole existence is about to change because of the planet’s orbit relative to its two suns – spring is coming.  I found a lot of this turgid and ‘clever’ – there were so many names being named as part of the history, explaining the background and beliefs, introducing more animals and relationships.  Being none too good on remembering names at the best of times, these ancestors floating through the story were very flat, and repetition did nothing to make the characters sing.  Every now and then there is reference to an object in the sky – given a name, so that we know what it is, and can guess what it intends to do.  By the time they actually do it, I’m so bored with the lives and beliefs of the people down below I couldn’t really care about any of them, but it is an excellent study of the impact of climate and culture change.

I think I’m glad I’ve read it, but I could have lived without it, and leaving it on the library shelf was an excellent choice.  Star rating – it’s amazing, but it was okay – which puts it somewhere between 5 and 2 in Goodreads stars.