Once More unto the TBR Hole: I’m sending myself into the breach again – that deep hole that is my TBR Reading list.  Regular readers will know I’m reviewing those 563 books in my To-Read list on Goodreads, and ordering it in ‘Date Added’ order and working down it to see if I really want to read those books, or was it just a good idea at the time.

When I do this I automatically skip books I own (which sometimes means searching my kindle and not realising I have them in the first place). I’m also skipping anything listed at 150 or under because that usually means they’ve been moved up to higher levels in the past and been pushed back down by newer titles.

When I last did this exercise in December, I reduced my list to 553.  With Christmas gifts and new year’s bookclub reads, it’s gone up to 563 again.  This exercise is not futile.  It just keeps my list around the 550 mark. 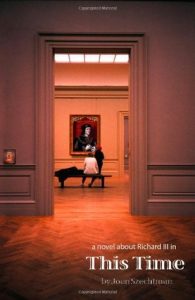 This Time starts moments before Richard III loses to Henry Tudor on Bosworth Field near Leicester, England on August 22, 1485, when a team of Ricardians (people trying to restore the name and reputation of Richard III) substitute an armor clad corpse for the king and bring him into Portland, Oregon. Richard awakens August 21, 2004 to an alien world where even the English he speaks is different.

First I think no, and then I think yes.  Then I think of all the other books on my list – and check my kindle just in case…

Inside an intergalactic watering hole, a bizarre bet is made with high – yet unknown – stakes. In a nursing home, an elderly woman creates her own virtual reality. And in a medieval land, a boy in search of adventure stumbles upon a mysterious relic that will change his life forever. Midnight Fireflies collects these three tales of speculative fiction into one short story collection that will have you wondering “What If?” all night long.

Well, it sounds interesting, but my kindle says I don’t own it, and it doesn’t see it on Amazon either.  I’m sure I’ve read other stories by Scott Niven, though.

In 1945, two brothers die in the icy Barents Sea and a book is all that survives of them. More than sixty years later Donny and his mother set out for Suffolk to meet his mysterious great aunt.  There is an accident and Donny is taken into care. But are the officials all that they seem and why won’t they believe Donny’s story?

This still sounds as fascinating as it did when I first saw it, although the Kindle price is a bit steep.

Verdict: No, it’s going to have to go.

What happens when a thin boy dresses as a pirate, attaches a jolly roger to his bicycle and starts to hijack strawberries? When the pirate starts handing his booty over to poor children, the people take his side. But the evil fruit monopoly doesn’t take kindly to pirates. They hire the notorious pirate-killer, Commodore Tiberius J. Swinkill, to hunt Sam down.

It’s listed as a ‘short story’ although I think it may be chapter-book length, and it sounds wacky and great fun.  That doesn’t mean I have to read it. 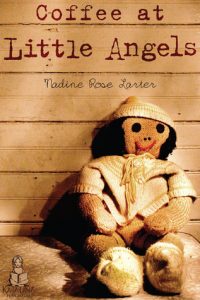 What do you do when you lose a childhood friend? What do you do when you know everyone is expecting you to come home? What do you do if you don’t want to?
Phillip, Sarah, Kaitlyn, Caleb, Maxine, Grant, Melanie and Josh grew up in a small town where they spent their high school years together as an inseparable clique. But high school has ended, and they are all living their own “grown up” lives, each under the impression that their group has basically come to an end. When Phillip dies in a hit and run accident, Kaitlyn summons the others to all come back home, forcing a reunion that no one is particularly interested in partaking in.

I was already to delete this when I remembered that I started following Nadine Rose Larter after reading her review of Fifty Shades of Grey, which was the funniest review I have ever read.

A delightful and truly Canadian tale of a 12 year old boy’s quest to protect his prairie town of Cranberry Flats, and in his search to acquire super-powers finds the most awesome power of all lies within his own inherent integrity.

This sounds a little like Lionel and his lucky rabbit’s-foot, the lovely series by BookElf Paul R Hewlett.  These MG books I’m sifting through today all seem to be indie or small-press; I wonder if I was throwing them onto my list when they were being promoted? 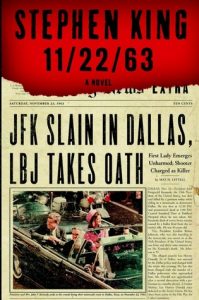 On November 22, 1963, three shots rang out in Dallas, President Kennedy died, and the world changed. What if you could change it back? Stephen King’s heart-stoppingly dramatic new novel is about a man who travels back in time to prevent the JFK assassination—a thousand page tour de force.

I really want to read this.  I suspect it’s the thousand words that stop it going higher up the list.  Then again, I’m surprised it’s this far down.

A funny, often poignant tale of boy meets girl with a twist: what if one of them couldn’t stop slipping in and out of time? Highly original and imaginative, this debut novel raises questions about life, love, and the effects of time on relationships.

I really want to read this.  I suspect it’s having seen the film many times that stops it going higher up the list.  Then again, I’m surprised it’s this far down.

Verdict: Keep (and recommend to my bookclub.  Maybe they’ve read it already)

Quantum: Einstein, Bohr and the Great Debate About the Nature of Reality

For most people, quantum theory is a byword for mysterious, impenetrable science. And yet for many years it was equally baffling for scientists themselves. Manjit Kumar gives a dramatic and superbly-written history of this fundamental scientific revolution, and the divisive debate at its heart.

I really want to read this.  I suspect it’s because it sounds so clever that stops it going higher up the list.  Then again, it’s a Q, so I’m surprised it’s this far down.

Verdict: Keep, especially as it’s on my list for 3 reading challenges this year

Once Upon a Time Ferret 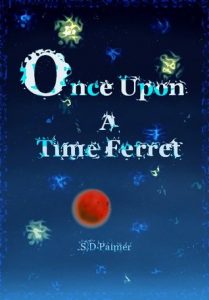 Time is melting and the Universe is doomed. One Ferret stands between life and oblivion for all. Can he get his act together and fulfill his task, or will the deranged and murderous Umperor Rodgarr stop him?
“None of this ever happened. The idea that it could be based on a true story is quite ridiculous.” – Dipmopian Council.
“Excuse my language, but WTF???” – Airport Book Reviewer.

I’m sure I started reading this once and found it too strange to continue, but I may be mixing that up with something else I shelved at a similar time. But I certainly have it on my Kindle. And that doesn’t look as if I stopped partway in…

So five down, that’s a vast improvement. Down to 558.  I must read these books quicker, too. And not add new books to the list, like I did yesterday :O