50 words are not enough for a full story – or are they?  I nearly changed the post title to ‘dementia in 50 words’ today, because I realised what I wanted to write about as I started to write.  Let’s get going with the story—part of the Fiction in 50 words #Fi50 meme—sign up at the Ninja Librarian and post your month’s link on her #Fi50 post today. I’ve used this month’s prompt as the title, which is my usual approach (although I occasionally mix things up!). 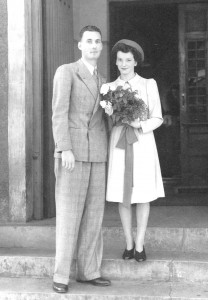 After Dad died, I found notes when I visited. “Oven on” or “milk Friday”.

One Saturday the milk was still there. Burnt smells pervaded the kitchen.

Too late for notes.

In fact, my mum went before dad, something we’d never expected.  He cared too well for her, and we didn’t realise how bad she was until we could no longer help.  Nobody talked about dementia then like they do now. At the time she died, I didn’t realise that the Alzheimer’s Research charity’s helpline was open for all dementia sufferers and their families, not just those with Alzheimer’s.

In the fifteen years since she died—this week, I realised after I wrote the 50 word story—dementia awareness has rocketed, and scared the bejazus out of most of us over 50, if not younger.  High profile sufferers like Terry Pratchett have made us all aware of the symptoms, and the need to identify the disease early, in time for treatment.

Treatment is the key here; we know now it is a disease.  And just like cancer, we can do the research that could build from palliative solutions to actual treatment, possible remissions, and maybe even a cure.  Forty years ago we thought cancer was an immediate death sentence.  Today we feel the same about dementia. The stats say that 1 in 3 of us will develop it if we live to a ‘decent’ age—even if we live indecently, which many of us have planned to do for a long time!

If you’re on Facebook, please watch this video, or hopefully the video will embed below.

If you’re not in the UK, find who’s funding Alzheimer’s or dementia research in your country, and give a little, every month.  Consider it part of your health insurance.  It doesn’t have to be much – maybe not even a cup of coffee’s worth – but if we all give a little, we should be as successful at fighting dementia as we are at fighting cancer, heart disease, polio, small pox, leprosy…