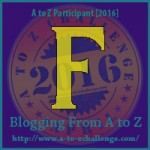 Welcome to my world-building themed challenge for this year on F day.

I’m dithering over whether to talk about Farsight or the Federation, so I’ll do a snippet on each!

One of the most important worlds in my Viridian System series, due to its influence on generations of students, and its supposed independence from both the Imperium and Federation (and presumably any other galactic power).  Farsight is centrally situated in one of the spiral arms of the galaxy, making it easily accessible from many worlds (relatively speaking).

The fame of Farsight Academy, the premier tertiary education centre in the Alpha Quadrant, means that the planet has a thriving services industry (tertiary sector), such as banking, finance, consultancy, and software sciences – particularly research and development.  As a result, the three main centres for the planet are a combination of office space, entertainment and consumer retail complexes, visitor and transworld services (for all the ‘foreign’ students) and residential areas.  It prides itself in being modern but not flashy, and paying due attention to historical artefacts, many of which are housed in the museums or art galleries.

There are two Academy sites, which are covered in some detail in the Perihelix, and students who manage to pass the entry criteria usually spend six years studying and carrying out research there.

Header picture from http://www.theglimpse.com/top-ten-engineering-predictions-for-the-future gives a feel for the sort of look I have for Farsight.

The Grand Federation of Orchestral Manoeuvres (the Federation)

The second largest power in the Alpha Quadrant, the Federation is an alliance of 7000 worlds, run by appointed officials reporting to a Council of Six. It was based originally on trading agreements and a love of music, originated in the Lyra system where three inhabited planets, V’iola, P’csion and D’bass had been settled by some specialist ships in the Exodus from Old Earth.

The Federation is renowned for discipline and co-ordination of its efforts for the maximum efficiency of its operations.  In practice, all Federation starships are run by a senior official reporting direct to a council member, who harmonises operations with his or her peers.  The formation of a commonwealth of the Lyra system within the Rufus system only twenty light years distant changed the original intention of the Grand Federation, although operations manage to stick to the words of its original constitution, if not the intent.

The Federation is estimated to ‘acquire’ five new planetary members each year.  New members are encouraged to adopt Federation governance principles immediately, with assistance from a newly appointed governor, who is always from another Federation planet. After a period of transition they are admitted to the Lyra-Rufus commonwealth, at which stage the governor may be a native of the planet. Researchers of interplanetary sociology like to point out that, so far, all native governors have been under fifty years of age and born within the Federation.  That is how a Federation funded researcher would put it. An Imperium researcher would deny the influence of the Lyra system and put it all down to the aggression of Rufus 5 and 6.

The Imperium is featured on Monday (11th) and the Rufus system is the subject of letter R on April 21st.

Farsight and the Federation

16 thoughts on “Farsight and the Federation”