This is probably one of those posts that is set to tempt fate, but three years after moving to the self-hosted version of WordPress, I am mostly delighted I made the move.

You may remember that two years ago I wrote what so far turns out to have been my most popular post: Self-hosted WordPress: what I’ve learnt in my first year.  I had a few problems in the first year, some of which had me tearing my hair out, worrying about my readers and followers, and locked out of my blog unable to get in.

You learn a lot in three years.  Not only me, but WordPress seems to have learnt a lot:

One of the best things that came along was Wordfence.  It is a massively powerful security package, perfectly usable by the non-techy blogger. Although many of the news items sound techy to start with, they become fascinating, hearing of Wordfence’s adventures with data hacking without needing to know more.  Wordfence initially caused me slow-down problems, and sometimes it caused my host to trigger something that said I was being hacked!  That has been sorted out and I’ve had no trouble (oh, I hope all this wood-touching works) for around eighteen months now.  All of the reasons for this are behind the scenes – Wordfence and WordPress working together more closely; improvements in server speeds, and improvements in my own internet connection all combine to make life very much easier.  And running everything from a Mac with the right processor capacity is a big help, too!

I still haven’t got on board with SEO, although I had a post drafted for a year to tell you what it all meant, hoping it would help me work it all out myself!  Maybe I should, and maybe it would increase my exposure via search engines, but then again, I get people finding me on search engines, and I don’t want to attract the wrong sort of attention, even if Wordfence can handle it.  I’m not a commercial site, I don’t have critical processes running, and sometimes it’s just as well not to get too clever about these things (while being clever enough to keep yourself secure). 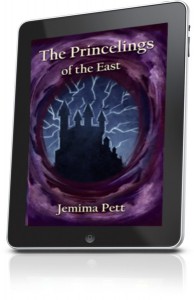 The main thing I see developing is the shift from standard web applications on desktop and laptop computers, to tablets and mobile phones.  I saw one blog recently alleging that 80% of webtraffic is now via mobile devices, a claim that was promptly negated by someone else, pointing out that the type of traffic is different, and mobile devices demand more ‘traffic’ than stationary ones (including laptops), since desktops and laptops manage more of the ‘traffic’ internally.  I don’t know if that’s true, but it makes sense to me, since a mobile device is more likely to be running maps, searching for consumer items (including food), using comms and social networks, as well as monitoring via GPS, all the time it is on.  As I write this I have 7 tabs open on my browser, email open, and my writing pages open, so what I’m doing is actually on the computer. Apart from email  updating in the background, it’s only when I save and publish that will I be creating ‘traffic’.

But as you saw last week, I felt it important enough to upgrade this blog so it was more accessible (and more professionally presented, I hope) to mobile devices.  Some options I explored seemed great for mobile devices, but rubbish for the general desktop or laptop user.  I suspect most of my readers are computer based rather than mobile, especially after our discussions about Instagram last year.  So, having a good product on PCs and Macs is most important to me.  I hope the recent update suits you, too.

I thought that for balance I should say some of the downsides of switching to WordPress.org, the self-hosted version.

Five minutes later, the only thing I can think of is if WordPress decide to force me to use their ‘new easier posting experience’ instead of the dashboard based one that does everything I want of it, with all my options visible and easy to access.  Since WordPress.com users are nearly stuck with transitioning to this ill-designed nannygoat (try scrolling right down the menu to WPAdmin, and you’ll get the old dashboard back), it’ll probably be forced on me eventually.  Then it might be time to transition to something else entirely.

A brief word about Blogger blogs, since I use one, Princelings Publications. You don’t get these problems with Blogger.  I’ve never been locked out of blogger except when they had scheduled maintenance.  They now admit they have spam, and say they send it to a spam area. There aren’t many fancy designs.  Blogger is for blogging, and most of the design elements are made up from people finding unique wallpapers and designing their own badges.  It is probably easier to blog with Blogger. I suspect it hasn’t as much potential though.  And I don’t know what Blogger (aka Google) does with my data.

Thanks for being with me, especially you who’ve been with me for the last four or even five years.  I’d also like to thank my latest followers, it’s good to meet you!