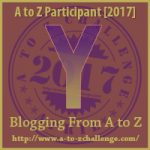 Oy Yew is a book I got as a result of the Read 4 Review programme on Goodreads groups.  Ana is a member of the Good Middle Grade Reads Group; I took up the offer of a free ebook March last year.  Apologies for taking over a year to get to it. 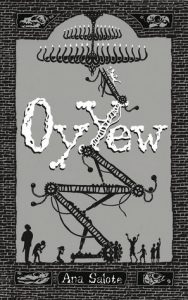 ‘Lay low and grow’ is the motto of the waifs of Duldred Hall. The only way to escape their life of drudgery is to reach the magical height of 5 thighs 10 oggits, yet Master Jeopardine is determined to feed them little and keep them small. When the Master’s methods grow more sinister the waifs must face their doubts. What is kept in the Bone Room? Why is Rook’s Parlour locked? A new waif arrives and the fight for survival begins. But this child brings another mystery. Who is Oy?

In this fantasy world, ‘spare’ children are put on rafts in hope of finding a better land, only to end up in dire servitude.  A child with no background, living rough on the streets, is lumped in with them.  But Oy Yew seems different, somehow, and has skills nobody else has – yet lacks some of the characteristics of the others.  Through teamwork and a desire to better themselves, the waifs start to take over….

This book drew me in right from the start. Oy’s ‘differences’ are intriguing.  He makes friends with another, ‘different’ from the rest, only to be dragged away to a different life.  The range of characters below stairs including the waifs and the cooks could be confusing,  but eventually most of them became distinct characters and rounded personalities.  Duldred Hall has plenty of mysteries to explore, and I may have read too much into some, and not enough to suspect others.  Whether this was my lack of attention or the author’s misdirection I can’t tell.

This book kept drawing me back.  I was itching to find out what happened next.  In a particularly busy week it was a joy to insist I had to complete the book on schedule – I loved it.  The story may have tailed off a little towards the end, which is why I only gave it four stars on Goodreads, but I think of it fondly and may go for the second in the series. But that really is why the fifth star is missing – I could easily leave Oy and his friends where they are, without seeing how their adventure develops. The story continues without being a cliff-hanger.  Extra marks for that!

A brilliantly constructed world, so solid you could touch and smell it.  Exciting and intriguing at the same time.  One for everyone’s bookshelf, especially middle grade readers!