The last Friday of the month is FlashbackFriday, started by Michael D’Agostino and recently fallen by the wayside.  I’m trying to keep it going, so if you want to join in, add the link to your FlashbackFriday post in the comments below.

“It is apple season, people. And with apple season comes a chance to sample a world of weird apples.”  Thus spake Chuck Wendig, giving us a list of uncommon apples from North Star Orchards in PA: “include the names of three of said apples in your story.”

And I couldn’t pick just three.  I used all those in bold (32)!  I did so want to sneak a sheep’s nose in there, but my word count wouldn’t allow me, even though I extended it to 1500 words, since I’m behind my annual target at the moment.  Anyway, I hope you enjoy a taste of English country life c1900s and apple season – well, nutting season, too!

Much Ado About Nutting

“Jordan’s weeping,” Rosemary announced as she walked into the breakfast room.

“That woman’s done nothing but cry ever since Polly Whitehair won the Bembridge beauty contest,” harrumphed her father, Lord Lambourne. “Where is Egremont, anyway?”

“He went out early. I think he went over to see Captain Palmer.”

“He’d be better off paying attention to his wife. Anyone would think he wanted to join the Grenadiers, the way he hangs around with them. He’s got his inheritance to think of, dammit.”

Rosemary said nothing. She could hardly tell her father that was precisely what Egremont wanted; he bitterly regretted the death of his elder brother the previous year. He missed Norfolk, of course, but his heart was set on a glorious army career, since Norfolk would inherit the title. Now, plain Egremont Russet would become the next Lord Lambourne. It was totally unfair, of course, since she was the next oldest. Rosemary Russet would have loved to change her name to Lady Lambourne.

Her father sighed. “What are you going to do today, my dear?”

“I thought I’d visit the Pearmains. Adam’s home on leave, and Red and Claygate are down from Oxford, so I thought I’d visit Autumn and do some good old Norfolk beefing with them!” She laughed, and her father threw her an indulgent smile. “That’s the spirit. Give my regards to Worcester, won’t you? And take Jordan with you, she needs to get out more, even in her condition.”

“Oh. I was going to ride Peasgood over. He needs the exercise.” Peasgood Nonsuch was her beautiful black hunter, and the hunting season would be starting in a few weeks. “Maybe Tom Putt would bring her over in the governess cart.”

“Good. It’ll get her out from under my feet.” Lord Lambourne rose to his feet, wiped his moustache with the linen napkin, which he let fall to the plate, and kissed his daughter on the head as he passed. “Have a good ride, m’dear, and don’t let that bloody ploughman upset your horse. He’s a fine beast and he’ll do you well this season.”

Rosemary returned to her breakfast. She polished off scrambled eggs and mushrooms, followed by kippers, kedgeree and prune compote, then drained the elegant coffee pot. The last thing she wanted was Jordan hanging around with her today. She and Mabbots Pearmain were planning a good gallop across country to Upton Pyne, but she was hardly going to tell her father that. She and Mabbots had been planning this race, which was what it was, although neither admitted it, for weeks. Now his brothers were home they could meet them with fresh horses at the end. 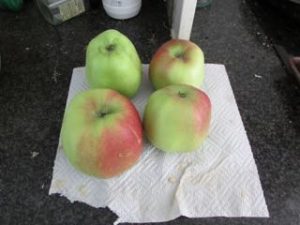 Rosemary rode Peasgood Nonsuch side-saddle over to Madresfield Court, the Pearmains’ residence. She had her breeches on underneath, and Peasgood’s racing saddle was carefully concealed in the tack room at Madresfield. Red would be on hand at the end of the race to swap saddles and re-equip her with her formal riding habit. She could trust Red with anything. He was a darling. Safe, secure, and totally uninteresting. Mabbots was a dashing fellow, her own age, itching to follow his brothers up to Oxford next year and get away from the constraints of country life. She felt alive with him in a way that she felt nowhere else. Or was it just racing Peasgood, galloping across the turf, leaping over ditches and hedges, scaring the rabbits and deer from their path? The exhilaration of speed was like a drug.

She turned up the short driveway towards the house, trotted around the side, past the Cornish gillyflowers with their delightful musky scent, into the stable yard.

“Right on time, then!” Mabbots was just swinging himself onto a chestnut mare. “I thought you would realise that Darcy Spice will beat you hollow, and decide to call off.” Mabbots’ grin diffused any risk that Rosemary would be offended.

“We’ve got to call in on Sir John Thorneycroft on the way back,” Mabbots continued. “I’ve got to give him some of Ashmead’s kernels. He swears these hazelnuts cure gout, and ours are the best in the county.”

“But you can’t ride with them, surely?”

“No, I’ll put them with your riding habit and Red can hand them to me when we finish. Ah, here’s Blatchford with your saddle. He’ll look after things for us. Won’t you, Robert?” Mabbots addressed Robert Blatchford, the groom, who swapped the saddles while Rosemary took off her overskirt and her veiled hat. She tied on a headscarf to keep her hair tidy, then remounted, sitting astride, a scandalous position that young women were starting to adopt in the face of fierce opposition from traditionalists.

“Right then, are we ready?” Mabbots asked.

“What about Red and Claygate?”

“Oh, they left about an hour ago. Said they’d better if these two weren’t to wander around all sweaty. Blatchford’s going to catch them up at St. Magdalen’s church.”

Rosemary smiled. These boys were full of subterfuge. Now for the race! 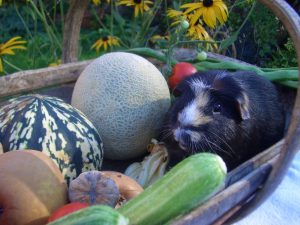 They waited until they were on the heath, out of sight of the village, before they gave the horses their heads. Rosemary’s grin widened as Peasgood Nonsuch pulled for extra rein, balancing his outstretched neck as she leant forward in the saddle, eyes glistening, blinking against the stinging wind. She pulled him back into a slower canter for a descent down into a lane, then kicked on as he leapt up the bank on the other side. Mabbots took Darcy a little wider, down a slope he knew, up the lane a way and through a gap in the bank – less climb but less direct, too. Peasgood increased his lead.

Each taking their own line across the country, they galloped over heath and grass, flying over hedges, and occasionally brushing through the tops. Rosemary felt her cheek smart as a piece of beech sprang back at her, brushed on the up by Peasgood’s front hoof. She ignored it, pulling him back to a canter for the next jump as she realised the field beyond was ploughed. Bloody ploughman, her father’s words echoed in her head. It was William Crump’s land; he hated hunting, and would do anything to keep hounds away. After this farm, there would be Ellison’s orange coloured field, some strange effect of the sandy soil just there, and then the last leg over Laxton’s superb turf, which he grazed with sheep in summer just so the horses could have a wonderful racing surface through the winter.

Peasgood got his second wind as he raced over the springy green sward, but Rosemary spotted Mabbots cutting in from the right. Had he avoided the plough and found some sort of shortcut? Damn the man! Rosemary set Peasgood’s nose towards the final obstacle, the wall into the churchyard. First to cross it would win! Mabbots urged Darcy alongside Peasgood, jostling Rosemary for room.

“Give way, damn you!” she shouted, but both of them swerved as they saw James Grieve emerge behind the wall in the churchyard, where he’d been picking up walnuts. Neither had time to swear at him, and why would they, since he was going about his legitimate business, while they were…

“Joyridin’,” said James under his breath, shaking his head and thanking his stars he’d stood up in time for them to see him. “Ther’ll be hell t’ pay if ther’re caught at it.”

Rosemary pulled up Peasgood, and walked him back to where Mabbots was circling Darcy.

“I reckon it’s a dead heat,” he said, looking down at Darcy’s legs.

“Yes, I think so too. Is she hurt?” Rosemary’s elation plummeted at the thought of a possible injury to the horse.

“Just a little cut; I think she over-reached when we pulled up so suddenly. She did well. I’ll wash it down before Red hacks her back.”

They walked the horses into the churchyard, where they found Mabbots’ brothers sitting on a bench with a flagon of Tremletts bitter between them. Claygate poured out two more beakers as they approached. Red inspected Darcy’s leg after Mabbots pointed it out, and he led the pair of horses round to cool off, tending to their needs then giving them their heads to graze the churchyard turf.

“Here are the nuts for Sir John,” Claygate said. “I think you’d better get going or they’ll wonder why you took so long.”

Rosemary redonned her riding habit, and she and Mabbots mounted the chestnut and black horses that Red and Claygate had ridden over more gently for them. They walked down the country lane, knowing that Peasgood and Darcy would be in good hands.

”Do you think Grieve will tell on us?” Rosemary asked as they pulled in at Thorney Hall. “He’ll know we were racing.”

“Oh, I don’t think so,” said Mabbots, handing over the Ashmead’s kernels to Thomas Rivers, Thorneycroft’s butler. “We were only nutting, the same as him.” And they ambled home, chatting about the possibilities for the coming season.

Thanks to Brogdale Nursery (National Apple Collection), Deacon’s Nursery (where my apple tree came from) and apples and orchards.org.uk for the inspiration.

FlashbackFriday encourages any blogger to join in by repeating a post they’ve done in the past to give it exposure to new readers (or more than last time).  Just use the tag #flashbackfriday, and the picture (devised by Michael d’Agostino) and link up with others here.

#FlashbackFriday | Much Ado About Nutting

12 thoughts on “#FlashbackFriday | Much Ado About Nutting”