Time to go down the TBR Hole again. In August I did the first sweep at reducing my To Be Read list using the strategy devised by Lia at Lost in a Story.  Then I did it again, and took the same number out… and ended at the number I had the first time around – 533.

Since then, I’ve read 7 books, five of which were on my TBR list when I started this, and my total has returned to 538.  This definitely a Sisyphean task. I’m rolling the ball up the hill, and it’s rolling back again. I just have to keep pushing.

Down the TBR Hole; attempt the third…

Legend tells of a great king, who used a magical charm to vanquish a terrible foe. Now the magic is lost and the ancient enemy is back.
Five years ago, Miyam was dragged away from the life she loved, as a revealer in training, to live with a father she hardly knew. When her father is murdered, her mundane world is thrown into turmoil once again.

This has got great reviews, and is described as Tolkien-esque. It may well be extremely well written, but I can do without it.

The Steampunk Detective by Darrell Pitt

An orphan. The world’s greatest detective. A planet dominated by airships, steam powered spacecraft and towers that stretch into orbit. Welcome to the world of The Steampunk Detective.

It sounds delightful. Right up my street, although a little too YA, perhaps. Some reviewers loved it, others were more cautious, pointing out all sorts of things that jangle my alarm bells, including the dreaded ‘obvious that he hasn’t been to London’. I think I’d better save my sanity. 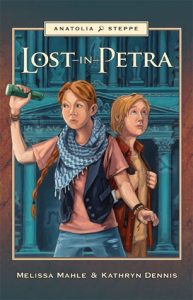 Eleven-year old Anatolia Steppe arrives in Petra and finds her mother missing. But that’s not unusual. Her mom’s an archaeologist who often disappears into the wild—places with no indoor plumbing or connection to the Internet.

Although it has a set-up very like the Zoe & Zak adventures, I’m confident I’ll enjoy this if I ever get to it.

Magnus Mandalora never thought he would leave the safe confines of the small homely village of Lower Kertoob. He certainly never expected to end up in the middle of a long-running war between the saintly Cherines and the beastly Glurgs. But when circumstance places him in such a dubious position, he finds himself on a rollicking adventure where nothing is quite as it seems.

I put this on my list about the same time as I added Flidderbugs and Doodling by the same author (both recommended at that conference).  I found the one I read a bit twee. The trouble is, the blurb reminds me strongly of a book I’ve already read, and wondered if it was a follow-up.  Will I miss it?

Verdict: No, I probably won’t. Reject.

The Gaia Wars, and Battle for Cascadia (Gaia Wars #1 & 2) by Kenneth G Bennett

DEADLY SECRETS have been buried in the Cascade mountain wilderness for centuries. Hidden. Out of sight and out of mind. Until today…
Warren Wilkes, age 13, doesn’t like what a greedy housing developer has done to his peaceful mountain community, so he vandalizes the developer’s property, flees into the wild, and stumbles upon an ancient human skeleton revealed by torrential rain….

Still floats my boat, and the impressive number of reviews for a indie book give it plenty of praise. 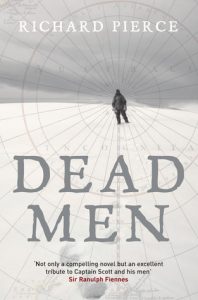 A gripping historical novel inspired by the legend of Captain Scott.

“I’ve always been more of a Shackleton girl myself” says Terry Tyler, who has the first review listed.  Me too.  She loved it, so I may too.

Lost items found. Paranormal Investigations. Consulting. Reasonable rates. No Love Potions, Endless Purses, or Other Entertainment. Harry Dresden is the best and technically the ‘only’ at what he does. So when the Chicago P.D. has a case that transcends mortal capabilities, they come to him for answers. For the ‘everyday’ world is actually full of strange and magical things – and most of them don’t play well with humans.

Probably the only reason it isn’t higher up my list is that I haven’t actually got a copy yet.

The Underneath by Kathy Appelt

There is nothing lonelier than a cat who has been loved, at least for a while, and then abandoned on the side of the road.
A calico cat, about to have kittens, hears the lonely howl of a chained-up hound deep in the backwaters of the bayou. She dares to find him in the forest, and the hound dares to befriend this cat, this feline, this creature he is supposed to hate.

After Into the Wild, I’m a bit reluctant to read more cat books.  Reviewers seem torn between 5 stars and 1 star, sometimes wanting to give both at once.  Maybe I should read it and see – it’s another potential bookclub book. 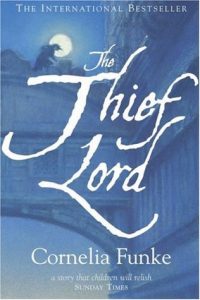 The Thief Lord by Cornelia Funke

I like Cornelia Funke, although she can be a bit heavy.  This is quite possibly a bookclub read of the future.

The City of Ember (Book of Ember #1) by Jeanne DuPrau

Many hundreds of years ago, the city of Ember was created by the Builders to contain everything needed for human survival. It worked…but now the storerooms are almost out of food, crops are blighted, corruption is spreading through the city and worst of all—the lights are failing. Soon Ember could be engulfed by darkness…

Prizes galore, and another contender for Book of the Month, if we haven’t already read it. Is that why I put it on my list? Although I wonder whether this, Gaia Wars and Sandy Smith’s Seed Savers series are not a tad too closely related.

A good start, but still I only sent three down the TBR hole in the end. There are a lot of books coming up which I don’t expect to reject, either. Is this whole exercise doomed from the start?  Still, my list is back to 535, which is what it was when I started this exercise in August!

It would help if I kept away from Net-galley, of course.