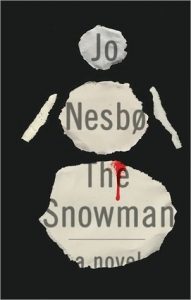 Choosing your book title is something I’ve muttered about in the past.  Why would you name your book the same as loads of others.  A famous name, even?  Being short of a book review today (I shouldn’t have included Neil Gaiman in my Book Review Round-up), I was amused by an article in the (UK) Guardian’s Review section last Saturday, on duplicated book titles.

My choice of book title

When I first set about writing the Princelings of the East, I had the book title firmly in my mind from the start.  I didn’t search Amazon to see whether something else had the same name until I decided to publish it, and then it was mostly to check what a search on ‘princeling’ would turn up. Cynthia Harrod Eagles had something like princeling, but not of the east.  Nobody had the hashtag princeling on Twitter either, so I felt pretty safe.

Some years later I found that something Japanese or Korean used the hashtag princeling too, but I’m not sure whether these were in book titles or games. I think we’re unlikely to cause confusion.

The Traveler in Black and White was a nod to The Traveller in Black series by John Brunner, but I was surprised to find nothing else on Amazon with that title.  I haven’t checked recently, though.

I wrote The Talent Seekers under the title the Way West for two years until I was about three weeks from its Kindle launch.  When I googled again, I found two other books out, both in the previous couple of months, with the same title.  I wondered whether the authors were cross, amazed, or what, when they discovered someone else out with the same title.

Bravo Victor needed checking because I was well aware of an Andy McNab novel with Bravo 1-5 or similar, and Victor Bravo sounded familiar too.  I decided Bravo Victor was just fine for mine – without the comma. While Bravo, Victor is a realistic statement for a first person narrative book, it was meant to be a pun on code words and the involvement of the companies selling cola or planes. I made the business names have the international designation BV, rather than GmbH, SV, NV, Inc. or plc. You never realised that before, did you?

I didn’t bother checking Willoughby the Narrator or the Princelings of the North.  I felt pretty safe with them. 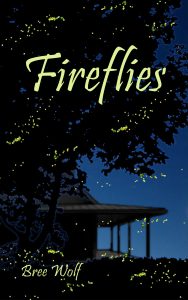 To me, this was all about people not finding the wrong book if they’d heard of mine. I am, of course, completely self-centred on this.

But I wonder why other authors aren’t.  I mean, pastiche titles are one thing—people jumping on bandwagons and giving nods to other authors seems fine to me. Seventy More Shades of Grey, and all that. Hairy Porter and the Chamberpot of Secrets. It’s fun (and it’s often fan fiction).

I thought about this again last year when we were reading a lovely book called Fireflies for the Great Middle Grade Reads BOTM.  Finding the right Fireflies to link to was a p i t a, because there were pages to scroll through.  If you couldn’t remember the author’s name—Bree Wolf—you couldn’t refine your search to find it.  That made me wonder why you would willingly do such a thing.

The upside of a duplicated book title

You’d think it would be hard to confuse Randall Hansen’s Fire and Fury, a 2008 military history book with a second world war bomber on its cover, with Michael Wolff’s No 1 bestseller Fire and Fury: Inside the Trump White House, whose jacket shows the US president mid-rant.

Apparently, Randall Hansen has found his own book back on three Amazon best-seller lists. Dugdale listed several other little known authors who have benefitted financially from an arguably more popular author picking the same title as them: Emily Schultz and Stephen King both with Joyland, Liam Callanan and David Mitchell with Cloud Atlas.

Apparently it is more common for titles to come out close together and add confusion.  Like those ones entitled The Way West, different publishing houses brought out Life After Life by Kate Atkinson and Jill McCorkle a week apart.  Three versions of Post-Truth clashed, as did WTF and WTF?.

The problem is mainly with popular phrases and one word titles.  Familiar phrases are always sought after book titles; it seems to create a sense of security for the reader. I sometimes think of searching Shakespeare for inspiration. So do many other people.

Barking up the wrong tree

Perhaps, though I’m doing it wrong by differentiating my books with as unique a title as possible.  Maybe the best strategy for indie authors is to have titles that slide into view when someone searches on Amazon for The Wind in the Willows (to pick something my readers may enjoy). Statistically speaking, the chances of anyone finding my book title by accident is probably lower than 1 in several million. Bravo Victor and Traveler probably get searched by accident more often, but I doubt whether there are any stats to verify that. If I’m looking for Willoughby I usually turn up several interesting possibilities, though. Because I’m not a popular author, I rarely turn up in searches on Jemima.  Jemima Puddleduck usually takes the top hit (my brother always thinks of Puddleduck whenever he sees my name in print).

Perhaps the smart way to do this is to think of a title that is going to be used by a top author, and get your book out first.  After all, you don’t want to be accused of plagiarism.  I’m sure if J K Rowling wrote The Princelings of the Astronomy Tower, my book purchases would shoot up!  Go on, Jo, it’s a great title!

My next book title

When I first brought out The Perihelix there was nothing like it apart from some deep science texts on something called a parahelix. That made me not call it parahelix in my space world.  Maybe I was wrong. Maybe not.  Curved Space to Corsair took me ages to come up with. I googled all the Corsair references; there are loads.  How could I get mine to look like a scifi book and not historical fiction or pirates?  I was pleased with the alliteration of curved space, and its relation to warped space (it’s a physics thing).  So I’ll stick with it, I think.

The third is currently called Zanzibar’s Rings.  Why?  Because it begins with Z.  Readers of this blog will know all about A to Z reading challenges.  The alphabetical readers of this world need more choice of Q, X and Z books.  So I’m doing one just for them!

What about your book titles?

Had any luck with being mistaken for blockbusters?  Or having your blockbuster sales diluted by some unknown?

Just remember Dugdale’s final comment (in the paper – there are couple more mistaken identity paragraphs online).  He hoped not too many parents had bought Jo Nesbø’s The Snowman for their child at Christmas, thinking it was the Raymond Briggs version!

4 thoughts on “Choosing your book title – a bookish post”