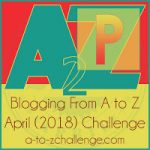 People I knew in the Past is a pretty weak subject for P in my A to Z of inspirations, but then, the past does make you who you are, and sometimes the people who are gone and forgotten come back into your memory.  So sometimes when I think of something for a plot or a character, I get the ‘where did that come from’ feeling.  Usually, I can trace it back to a person or situation I was in some time back.

People in the Past

I’ve already talked about my brothers, and it’s pretty well recorded that my inspiration for Big Pete and the Swede were a couple of friends at university.  I find it interesting that I often include male characters based, however loosely, on people I knew, but rarely (if ever) female ones.  I wonder why that is?

Do I not take inspiration from women?  I think that’s not the case.

Maybe having been to a girl’s school., and having had plenty of contact with women ever since, I don’t feel the need to ‘base’ a character on anyone in particular.  Although, come to think of it, a couple of characters have been based on teachers.  We always thought our Biology teacher had some sort of tragic romance in her past.  More recently, I think that might have been true, since she might have been old enough to lose a boyfriend in the war.  That romantic backstory provides inspiration for a number of backgrounds to the women in my stories.

I think it’s normal to imagine we know people when we admire them.  I bet every girl who loves the latest pop star imagines themselves as the star’s best friend; she’s the one he can rely on, can confide in.  It’s the common idea of schoolgirl fantasy.  I sometimes think of using my memory of actors I have known in that way, but something’s held me back.  Maybe it’s just to close to emotions I don’t want to revisit.

In a reversal of my usual pattern for this A to Z theme, I’m going to look at some of my characters and consider whether they are inspired by people in my past.

Let’s start with the regulars in my flash fiction:

Sir Woebegone.  He’s pretty inept, although getting less so as I write more of his adventures (listed at the end of this one). He’s a little like an Eeyore character, which immediately reminds me of someone I knew when I was in my thirties. Maybe I made the character with the generic traits, and now I can see those traits in people I knew.

Carruthers. The explorer type is based on a montage of characters in Victorian through to 1930s films and stories. The time I put him in the 1930s and had him meet my father, he was more like some of the people my father describes, although there are echoes of that old colonial type in people I met (his friends) and still in people at my golf club! Maybe Carruthers is a deep-seated desire of mine to kill those people off, over and over again, in some of the most dire circumstances!

Johnson and Alice.  I haven’t done any more Johnson stories ( the boxcar ones) for a long time, not since I had them end up at some underground refuge.  Maybe they’ve run their course.  Johnson started out as a writing class exercise in retelling the parable of the prodigal son. Maybe he owes more to the bible than anyone I’ve ever known.

Zito.  Zito is the fixer and business owner on the main planet.  I envisage him as looking somewhat like Peter Stringfellow, who ran a number of high-class/sleazy clubs in London; he was a competitor of the Playboy club. But the longer I write him, the more he turns into someone you can rely one to fix things, maybe in not quite the manner you expect.  I rely on him to have a dark side, but he’s always played straight so far.  I realised when I was reading through a scene where he was negotiating with someone, that I’ve given him the haggling style I admired in a boyfriend I had in the 1990s.  Haggling with Egyptians in a bazaar was something that I could simply never do, because it was man to man talk.  Come to think of it, there might be more of that boyfriend in Zito than I realise.

Well, everyone knows that the characters are based on my guinea pigs and anyone else’s guinea pig that I knew at the time.  They even kept their names.  The reason there are so many male characters in the stories is because I have only male guinea pigs.  Consequently, the main girl characters are made up, just as I mentioned above.  Although Kira is certainly the person I wish I was.

If you’ve read my books or stories and want to know more about any of the characters, just ask!

How about you?  Are your characters based on people you’ve met?  Or are they entirely in your imagination?

P is for People I knew in the Past #AtoZChallenge2018

Tagged on: AtoZchallenge    boxcar    Carruthers    Inspiration    Johnson and Alice    people in my past    Sir Woebegone    Zito