This weekend only: Willoughby the Narrator is on sale at 99 c everywhere, thanks to Patty’s SF/F Promos! 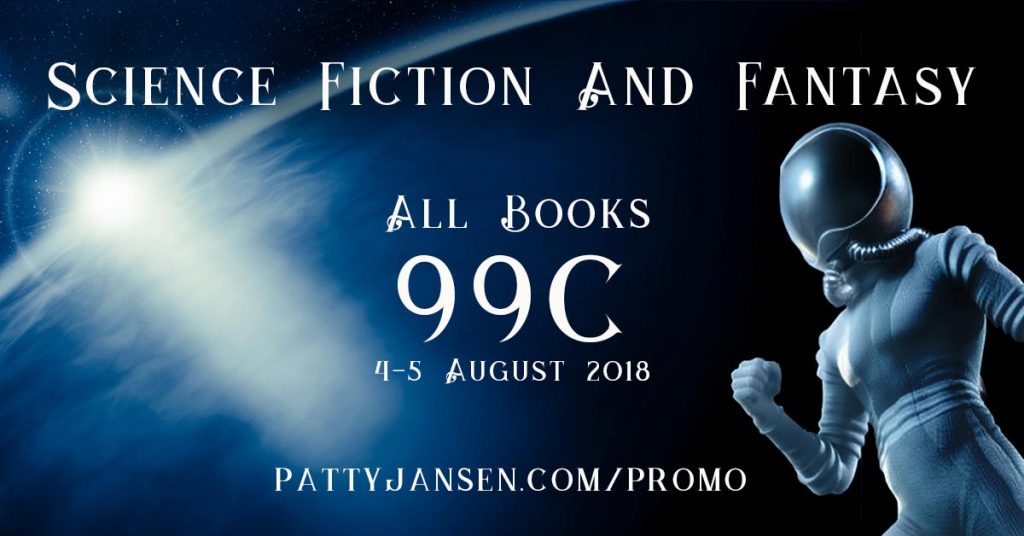 And now for Wildcatter, a book of the month for the Goodreads Space Opera Group, which I perhaps over-enthusiastically seconded. I was supposed to have some reason for doing so. Having another book by the same author on my TBR wasn’t really a good reason. The author is on my list because he shares his name with an ex-boyfriend.  I have read books by a couple of others in that situation and enjoyed them.  Find out whether that’s the case with this one! 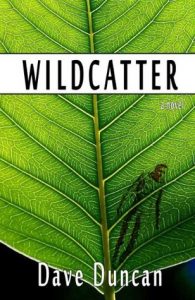 “As long as there is money to be made, there will be Wildcatters” — Dave Duncan

Throughout human history wildcatters, the first great explorers and prospectors to lay claim to newly discovered lands, have marched to the beat of a different drummer — motivated by a deep yearning to be the first to walk on uncharted land and benefit from treasures yet to be discovered. In the future, wildcatters in space will travel to exoplanets, located in The Big Nothing, to search for new chemicals which, when transformed into pharmaceuticals, might bring untold wealth and fame to the individuals and corporations that stake their claim for exclusive exploitation rights.

Such is the quest of the crew of the independent starship Golden Hind. Their mission is to travel a year and a half to “Cacafuego”, beat the larger corporations to the exoplanets’ resources, and strike it rich for themselves. But will a yellow warning flag, already planted above the planet, stop them? Or will the Golden Hind’s prospector foray to the planet’s surface, possibly never to return alive?

Wildcatter is a raucous tale of mystery, greed and passion, told by master story teller Dave Duncan, once himself a real wildcatter! [goodreads]

I started reading this once I’d finished editing Corsair, and it was just as well.

Dave Duncan has taken us to a planet that rotates on its side. I’ve been trying to get my head around how day/night/seasons work in this set-up for my own books. Eventually I decided to park it until I had time to draw diagrams. Duncan’s character gives a brilliant explanation, and I’ll probably have to park my planet forever now. I like the rest of his planet science too – very sound. I really enjoyed it up to the stage where they left the planet.

After that it seemed the author had got bored. We got told everything that happened: we lost the tension between [spoiler alert] the captain and the protagonist, who had declared his undying love for her(occasionally him), before he left for the planet. The protag was too busy with the hots for having saved the life of someone else and rescued her to appreciate his crew. Or maybe they made up… as the last page suggested.[end spoiler alert]

In fact, I think the problem was that the book had the emotional range of a teaspoon, to quote from someone else. All that rampant lust left no room for any real development of the human interest.

So, good fun, great world-building, harks back to Heinlein and the others too much for me with the raunchy young spacer, perhaps. My guys are far more sophisticated. In fact, I think I should reread Poul Anderson’s The Trouble Twisters (which I’ve kept since I was at college), because I think that’s about the right age group for this one.

Are we more sophisticated these days? Or does it hit just the right note for an age group I’ve left behind?