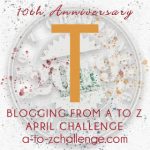 Turgonia was the place I chose to feature for the letter T of my world-building themed A to Z in 2016.  This year I’m doing flashbacks from the seven challenges I’ve undertaken.  The A to Z Challenge is celebrating its tenth anniversary this year. 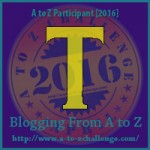 T is for Turgonia, the main city in Lindsay Buroker’s fabulous Emperor’s Edge series.  Since it’s Saturday, it’s book review day, but since it’s the A to Z, I have to focus on world-building.  My review is of Conspiracy, book 4 in the series, which starts with The Emperor’s Edge, continues with Dark Currents, and then Deadly Games.

Click those titles for my reviews and you’ll find me raving about each one of them.  So I’m going to try to do a review without spoilers for the series to date, which is pretty difficult!

Turgonia is a city, or empire, with a steampunk feel, but it’s more fantasy than that – shades of Fafhrd and the Grey Mouser, but with a woman in the lead and a hot assassin at her side, or stalking her, or fending her off….  She leads a motley gang including a self-important dandy who believes she is irresistibly attracted to him, a bookish wimp who became an outlaw by accident, and a light-fingered all-purpose useful ne’er-do-well who’s keen on magic.  They are actually an attractive bunch, and they work really well together – even those who can’t cook and would like to kill one of the others (or more than one).  The leader suffers from a compulsive wish to be pardoned for the misunderstanding that led to her becoming an outlaw, and so she intends they should defend the emperor and save him from all sorts of dastardly deeds being dreamt up by parties within and without the empire.  Some of which involve magic, which is totally outlawed in the empire. 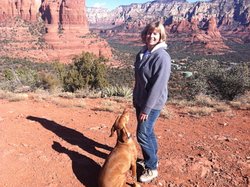 I’d grown up reading a lot of fantasy based on a medieval European framework, and I mostly just wanted to do something different….

'characters have to be a product of their cultures... make sure the character you’ve created makes sense for the culture that he or she comes from.' Lindsay Buroker T for Turgonia #atozchallenge Click To Tweet