It’s April 1st, and that means the A to Z April Blogging Challenge.  I’m blogging from A to Z – each day of the week a post with a different letter, and time off on Sunday.  If you haven’t signed up there’s still a few days left, and you can find out all about it here.

This year my theme is Natural Phenomena, and I’m picking out topics mainly from earth sciences and astronomy, but using some places I’ve visited or want to visit, to make for a personal approach. 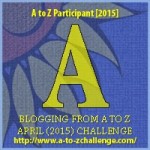 Today; A is for the Aurora – a magical shimmering light in the night sky, accompanied by a sound like crackling or distant thunder.  The colours shift and change (it depends on which gas molecules are being stimulated – oxygen makes the light green, for example).  The effects are generally only seen in the far northern (aurora borealis) or southern latitudes (aurora australis), because they are caused by the sun’s radiation (solar wind) interacting with the earth’s magnetic field at the point where it curves round  to form the north and south poles. 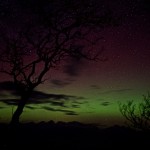 Generally speaking I live too far south to see the aurora, although there were a few days in 2014, and again recently, when it was rumoured to be visible from the north Norfolk coast.  However, my friends on the Isle of Mull, off the west coast of Scotland, have had brilliant displays for the last couple of years (sun’s activity has been at its peak.)

The photos here are courtesy of Carolyn Charrington, from my favourite place on Earth, Treshnish and Haunn Cottages.  And if you’ve read Dylan’s Yuletide Journey, yes, he comes from Castle Haunn and the entire adventure is set on Mull. 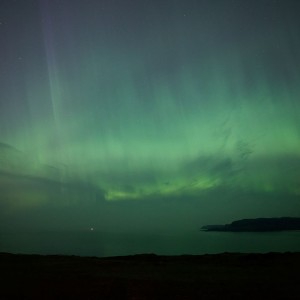 Being the first Wednesday of the month, it’s also #ISWG day, but I’ll skip this month and be back in May.

A is for Aurora Borealis

40 thoughts on “A is for Aurora Borealis”