Compost – one of my favourite subjects, since I have done time as a volunteer in Norfolk’s award-winning Master Composter programme.  The incident of the pills described here happened to one of my neighbours, and therefore the question of ‘how did they get there?’ roamed around my mind until I woke up one morning with this little story. It’s just over 750 words. 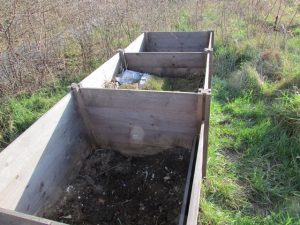 Rosemary forked some more compost onto her garden sieve and stopped.  What on earth was that? She stepped forward and gingerly pulled at the object, which revealed itself to be a plastic bag.  Not the sort of partially decomposed plastic bags from so-called compostable bags, which really needed light and air to disintegrate.  This was an ordinary clear bag with a press together seal, containing some small boxes.

She pulled it closer and examined the contents through the plastic.  ‘Benthametazone’, she read.  The contents seemed to be undisturbed, so she opened the bag to have a closer look.  Eleven packets of the same drug, no labels to indicate who they were prescribed to, one hundred tablets in each box, in untampered blister packs.  How did they come to be in her compost heap, at the end of the garden, halfway down a lane that led nowhere, backing onto a field?

She laid them carefully to one side, getting on with more compost sifting while she pondered.

There had been some strange finds in her compost heap.  Teaspoons were probably the most common.  Undoubtedly thrown into the kitchen caddy by mistake with the teabags, they came out of the heating and cooling process unchanged, and sometimes cleaner than they’d gone in, due to her disgusting habit of reusing teaspoons which then became encrusted with tea stains.  The occasional vegetable knife turned up months later for the same reason.  She discovered a pair of glasses she’d lost once; it only took a year for them to get through the system, and they were perfectly wearable.  Some people might think the stringy elasticated dangly things were weird, but they were just cotton or wool socks that had given up their natural goodness to the bacteria and other micro-organisms that worked the heap but rejected the manmade fibres.

The life of the compost heap was something that fascinated her.  When there were still large lumps of stuff, snails and arthropods like millipedes and woodlice would munch away, breaking the fibrous plants down. If she could build a big enough pile at once, then the centre could heat up very rapidly as the microscopic plants and animals did their stuff.  Then as the pile cooled, larger animals like springtails moved in, and worms, especially the red tiger worms, munching their way through and leaving ever finer detritus behind.

Eventually the compost would turn into lovely dark sweet-smelling soil conditioner.  She would then put it on her plants; into the vegetable patches to improve the soil structure; mulch the raspberry plants; smother any weeds in the borders, and add to the tops of her pot plants to feed them, too.  From old flowers to new vegetables in one continuous process. 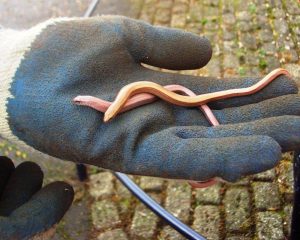 She stopped once more as she saw movement in the heap.  Carefully pushing some softer material aside, she uncovered a wriggling mass of pale green-gold legless lizards.  A nest of slow-worms!  How wonderful.  She carefully loaded them onto her spade and moved them to her other heap, still in the process of breaking down.

As she returned, she saw the packet lying there.  Where on earth had that come from?  They weren’t her tablets, and no-one had stayed with her who might have taken them. And so many!  Perhaps she should phone the police.  Maybe someone had broken into the village surgery and stolen them.  But why dispose of them, and how did they get into her compost heap. How long had they been there?

She checked the date – expiry July 2018.  Well, they must have arrived recently.  Fallen from a plane?  Stolen by a crow, or a magpie, and dropped while they were flying past?  Dragged from somewhere by a fox, perhaps?

Gardening finished for the day, she sat in her kitchen with a cup of tea, turning the packets around to see if there were any more clues.  Eventually she picked up the phone. It was still ringing as a knock came on the door.  She closed the phone and opened the door to a well-dressed young man.

“Sorry to bother you, but I wonder if I can look in your garden along the hedge?  My sister was riding her horse and he got startled, and ended up galloping along there.  She lost her backpack.  We found it, but the contents were mostly missing. I’ve found some of it, but a few more things are really special to her.”

“Would these be hers?” Rosemary showed him the bag on the table.