I’m not sure what kept me from reading the Jack Templar series, which starts with Monster Hunter, but I finally got into it with the offer of a free copy of Book 3, Lord of the Vampires, as part of a Book Review Blitz.

I’d like to thank Mr Gunhus for making it perfectly possible to start with book 3 in the series, but I suspect at least four more are planned, and I wouldn’t start any later if I were you!  And I definitely recommend you start, if you haven’t already.

Jack Templar has discovered he is a monster hunter, (book 1) and been trained at the Monster Hunter Academy in book 2.  Now he has to set off on his quest in earnest, to collect five Jerusalem Stones in order to save the world from destruction by the lord of all the monsters, known as Creach, who come in five types.  This book deals with the vampiric kind.  It’s full of action and puzzles and thrills and lightning and “will he, won’t he” types of questions.

The writing is terrific.  I was totally enthralled by the descriptions of Marrakech; the desert storm; the travel through Spain (especially the “barrel-chested Spaniard with a hearty laugh and thick arms that looked better suited for wrestling bulls than creating delicate morsels of food”); the arrival in Paris, and the flying buttresses of Notre Dame.  I have to confess I am a big fan of Notre Dame’s flying buttresses, which tells you a lot about the sort of geek I am.  If you ever go to Paris, do not miss a walk round the back of Notre Dame (preferably at midnight, which is a perfectly reasonable hour to be walking around Paris).  The cathedral will be lit up and the flying buttresses look superb.  So do the gargoyles.  Jack Templar finds both buttresses and gargoyles far from superb as he battles with them during a furious thunderstorm.  But such is the life of a monster hunter.

It’s not just description and monsters and fighting.  There is an excellent team of well-rounded (or rather sharp) characters, including a rival for the object of Jack’s (suppressed) affection.  Mr Gunhus must have lost a few early loves to write this so well!  It’s a team with a wonderful mix of skills, too, including the nerdish inventor.

I confess I didn’t enjoy the climax of the book as much as the earlier scenes, since the fighting with the vampires is quite prolonged and involves a lot of revelations about Jack’s ancestry to drive the next stage of the series forward, but it is entirely forgivable.  It doesn’t stop me looking forward to the next in the series.  I don’t think I need to read the first two now, as I think most of the back story is covered here. I’m sure I’d enjoy them, though.

A fast and furious adventure, full of disgusting monsters, gory detail, a lot of fighting, and clever inventions, but a lot of real life incidents too. Roll on book 4 – the Lord of the Werewolves!

Jack Templar and the Lord of the Vampires by Jeff Gunhus

I received a free ebook to review as part of the Mother Daughter Book Review Blitz.  The views are entirely my own opinion. 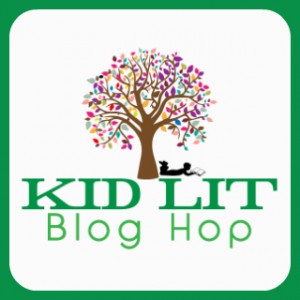 Book Review: Jack Templar and the Lord of the Vampires by Jeff Gunhus

15 thoughts on “Book Review: Jack Templar and the Lord of the Vampires by Jeff Gunhus”