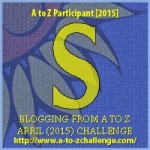 Every year, mostly in spring, the conditions are just right for the outgoing stream of a river in an estuary to meet the incoming tide and collide to form a wave front, called a bore.  The Severn Bore is the one I know about, and witnessed when I was at University.  Like the eclipse, I’ve never forgotten the sight.

We started at dawn on an early March day, possibly Saturday, since we wouldn’t have been back in time for lectures.  We huddled on a misty shoreline at the side of the Severn Estuary, possibly a mile wide at that point, and someone called out “Look! There it is!”

Frankly, we weren’t impressed.  A ripple on the surface of a calm sea, that’s all.  Then we went further upstream, to a point where the road was conveniently near the river, and waited.  Shortly before the bore was due to arrive, a small ship, a fishing trawler or similar, came up the river.  I think the captain must have been well aware of the time, since he manoeuvred the boat around in front of us to head downstream.  No sooner had he finished, than a wave, about three feet high, swept round the corner, crashing along the banks as the river level jumped up behind it.   The boat rode the wave ok, and once the secondary waves had passed, he turned again and continued on his way.

He also had to wait for the kayakers, of whom more than a dozen were surfing the first or second wave.  It looked like fun!  These days surfers do it too, and it looks like it gets pretty crowded.

So, yeah, a three foot wave, moving really fast – it was… impressive, I suppose.  OK, not that impressive, but cool.

We got back on our bus and headed for Gloucester, where the River Severn divides into two – or rather a tributary joins it.  We stood on the headland between these two rivers and waited for the Bore to come around the corner.

Wow!  A six foot wave at least came rushing towards us, really like an express train, and dashed itself against the bank where we stood – splitting up and going up the two rivers, but petering out as it lost energy.  That was amazing!

It’s over 30 years since I saw that, and I haven’t any photos, more’s the pity.  But the wall of water rushing towards me sticks in my memory.

Apparently this year’s bore has been good, and there are lots of pics of surfers enjoying the lower reaches; I’ve searched in vain for the few from my promontory as it rushes towards me, but no luck so far. These ones are from tudorfarmhouse.wordpress.com, realsurf.com and SWNS.

If you get a chance to see a bore, do!