Baby birds are all over the place!

I suspected that my Blackbirds had one out of the nest at the weekend. I haven’t seen much of them since, so they have probably taken it/them somewhere wilder.

The Bluetits were squeaking in the tree yesterday evening when I filled up the seed feeder, so when I came down this morning, I assumed the flurry of feathers around the fat-filled coconut half was them.  This was a picture of last year’s family tucking in. 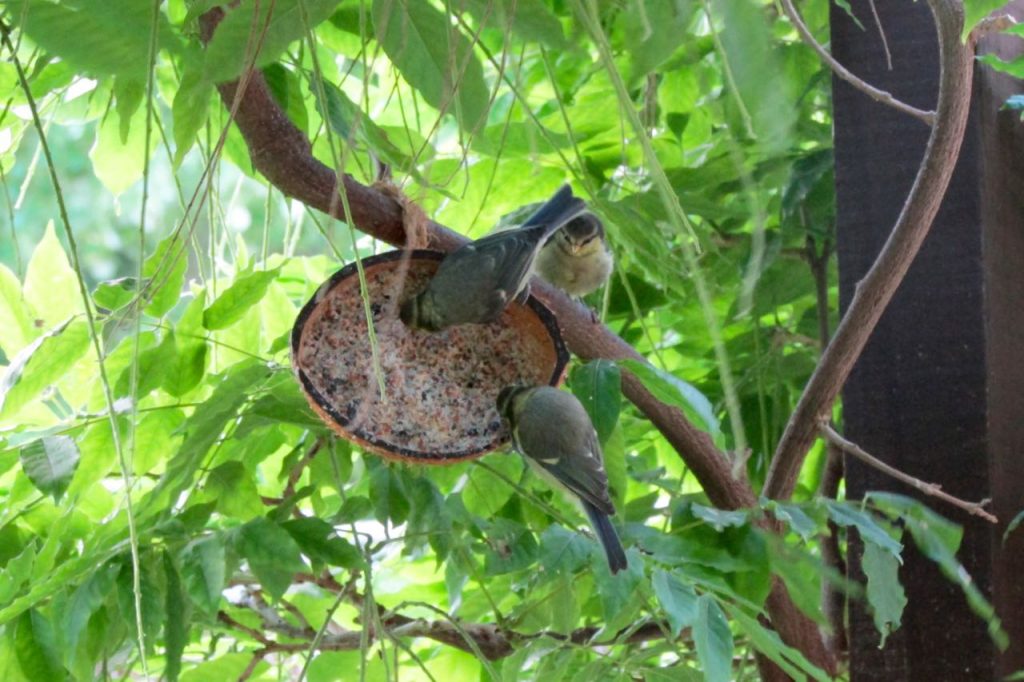 But no, this morning it was a Coaltit family. The Coaltits have been regular visitors since I moved in, but it’s the first time I’ve seen a family of them in the garden. They were gorgeous!

Elsewhere, on the golf course yesterday there were young Mistle Thrush, young Jays, and young Pied Wagtails. There were also a considerable number of adult Herring and Lesser Black Backed gulls quartering the fairways. I love the way you can hit your ball within an inch of their beaks, and they just move their heads back an inch then return to their stance. Clever birds.