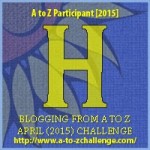 Halley’s Comet is one of the most famous of all, partly because it is featured on the Bayeux tapestry.  It’s the most easily visible of the short-period comets, i.e. ones that come back fairly often, in Halley’s case every 75-76 years.

It was last here in 1986 and I don’t remember seeing it.  I was very busy with work then, but considering how vividly I remember Hale-Bopp just 10 or so years later, I wonder why.  It might have something to do with the way Hale-Bopp shone in the night sky at the end of my street as I walked home from the station – and was visible for over 18 months.  It was even more spectacular in the dark skies of Cornwall.  I painted that one…

Comets orbit the sun, usually, but their origin is at the edges of the solar system, probably in the Magellanic Clouds.  They mostly consist of a mixture of frozen gas and rock (they have been described as dirty snowballs).  As they get nearer the sun, the dust and gases evaporate, giving off the stream of dust which catches the light; we can see it as the coma, or tail of the comet.  The stream is not due to the direction of travel, it is the effect of the solar wind on the vapour.  So the coma always points away from the sun.  Halley was extensively studied on its last visit, and was found to be more dust and rock than ice.

Halley is named after Sir Edmund Halley, later the Astronomer Royal, who, in 1705 was the first to recognise its regular occurrence and calculate its return.  His name is variously spelled as Halley, Hailey and Haley, hence the confusion over how it is pronounced. (Hall, Hal, or Hale)

The first record of it was in 240 BC, by the Chinese, although there is a possibility that an earlier record of comets and meteor showers may have involved Halley – good old Pliny the Elder noted those had appeared in 468 BC.  There are plenty of records of comets or stars with tails in various cultural histories since then.

Its next appearance will be in summer 2061.  Not too long to wait.