The swallowtail moth is not nearly as rare as swallowtail butterflies, in the UK at any rate.  I suppose I see one most years, since moths inevitably fly in through my open windows if I forget to close them after turning the lights on.

This one had found itself trapped in my office last month, and was spreadeagled on the front window when I walked in first thing.  I let it out after I’d photographed it, of course! 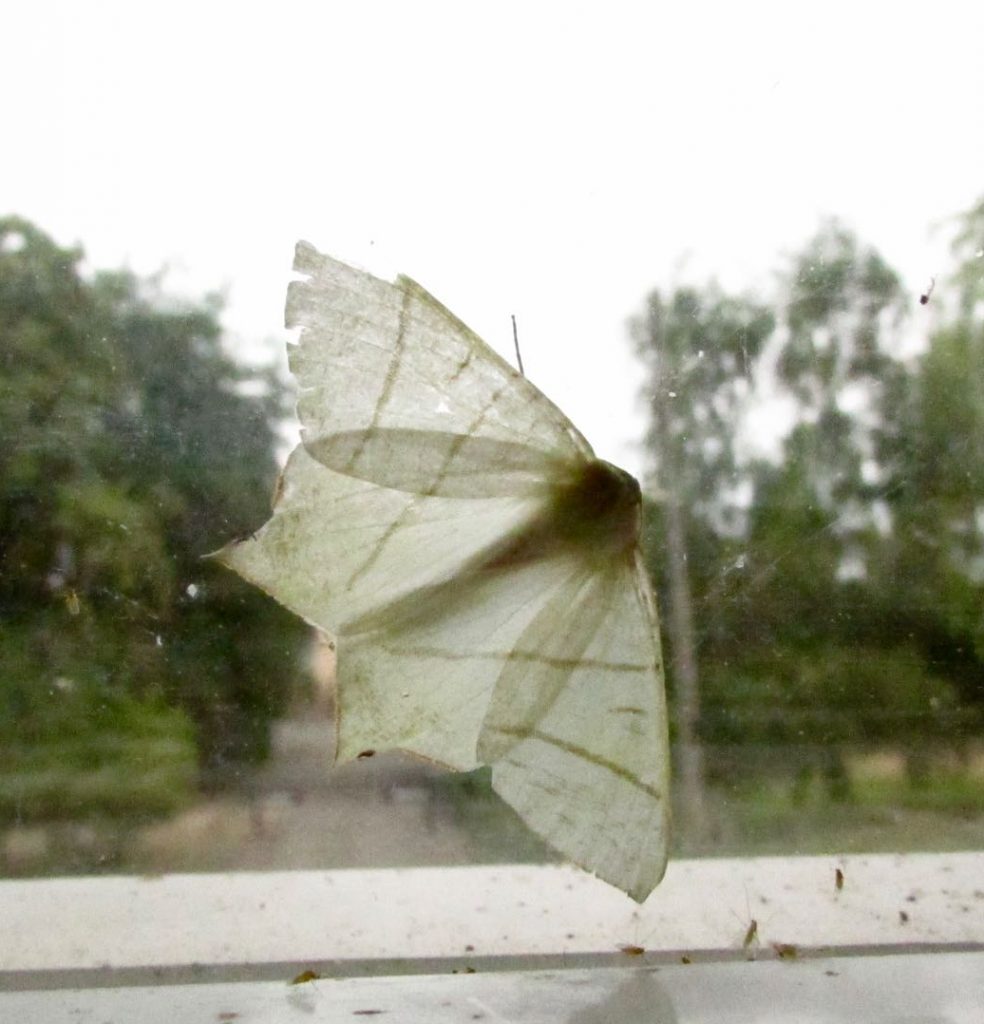 This swallowtail moth is about 4 cms (one and a half inches) across.  You can see the pointed rear wings which give it its name.  When it first emerges its a lovely lemon yellow, but they fade as they get older.  You can see from its left front wing that it’s getting quite battered now, and it’s very pale, so it’s at the end of its lifespan.

We get several similar moths from this family – greys and oranges or umbers among them.  They are known as bloodveins from the trail of lines that each wing bears.  It’s amazing how the markings line up on the front and rear wings.  They live in areas like parks, gardens, fields, hedgerows and woods.  Not surprising they are relatively common then.

Apologies for the state of the windowsill, you can see the remains of other flying insects that came in that night!