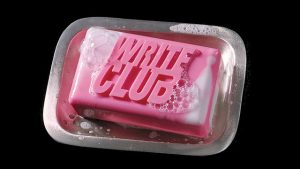 WriteClub19 submissions open today!  Hop over to DL Hammons’ website to get all the details and/or upload your story.  Remember, it has to be under 500 words and not reveal your real or pen-name.  Don’t tell me what your pseudonym is, either!  You have until April 14th to get your entry in.

WriteClub19 submissions open today! Hop over to DL Hammons' website to upload your story. It has to be under 500 words and not reveal your real or pen-name. #writeclubdfw Click To Tweet

and now… off to the A to Z April Challenge!

It’s theme reveal day, and so I’m linking up this blog post to the Theme Reveal post over at A to Z Challenge Central!

In this tenth year of the Challenge, I’ve decided to look back over the seven years I’ve done, and give you a Best Of… theme.  And in keeping with all the Flashbacks I like to do, I’m calling my theme…

I’ll be repeating posts from all my past Aprils, which will mean sometimes e.g a Friday post will turn up on a Monday, so don’t expect the usual pattern of Saturday book reviews etc.  I also have some new posts to include. 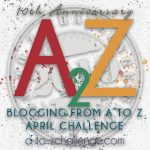 Because the Letter images didn’t start till 2014, posts from before then will have the anniversary letter badge.  New ones will too.

I’ve selected them by going through all the past years and jotting down those I’d like to repeat.  I’ve tended towards the current interest of my blog, so they generally fit with the strapline above.  There is one that got bumped out of last year’s list, as there was breaking news on something of that letter. Because of the work I’d done on it, I just dated it for a future challenge.  There will be a couple of new book reviews.

And as well as my own posts, I’ll be doing a guest post on the A to Z blog, for the letter G, April 8th. And of course, my guest post for The Story Reading Ape on April 14th, but not A to Z themed!

In this tenth year of the Challenge, I've decided to look back over the seven years I've done, and give you a Best Of... theme. #AtoZChallenge 2019 Click To Tweet

Have a good April, and I’ll be over to see your theme reveal post shortly!