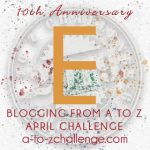 That was relevant to my normal blogging: the environment and science bit is sometimes swept aside by writing and the business of books and blogging.  So it was nice to do a simple science bit that celebrated the most magical experience I’ve had.

My theme this anniversary year is… flashbacks! 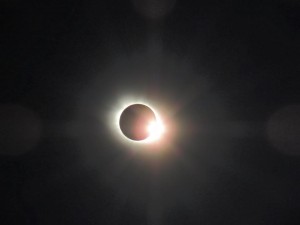 The most amazing thing about the total eclipse is the connection it gives you with the universe. E for Eclipse #atozchallenge #flashbackfriday Click To Tweet 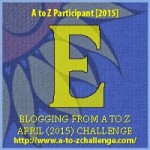 An Eclipse of the Sun occurs when the moon passes between the earth and the sun.  Basically, the shadow of the moon moves on a path over the earth’s surface.  Depending on where you are, you might see a chunk bitten out of the sun by the moon, because you are only in the partial shadow (penumbra), or the disc of the moon covering the disc of the sun—the total eclipse, because you are in the full shadow.

I had 1999 on my mind for all the years I was growing up.  The first solar eclipse I witnessed, a partial one, I saw in the school playground, and it must have been around 1960 to 62.  At that stage we learnt that the next total eclipse to be seen in Britain would be in the unimaginably remote year of 1999—and it was only going to be in the south-westernmost tip, in Cornwall.  Visions of England tipping into the sea as the entire population fled to Cornwall filled my brain for some time.

It turned out that this was a 1 in 400,000 year event—an eclipse on the equinox which was visible at the north pole and with a moon at perigee which meant its shadow exactly covered the sun’s disc.  It was very cold— -21 C or -6 F.  And the temperature dropped during the two minutes of eclipse.  Cameras froze.  Fingers nearly froze…

Flashback Friday normally happens on the last Friday of the month, but I’m doing it throughout April.  Why not join in?  All the details are here.