Lambent is the title Sue Vincent gave her #writephoto prompt this week. It refers to the quality of light in the stunning photo she’s chosen.

This is my week for moving house, provided the floor people have got the tiling finished by Thursday night. If the electrics for the underfloor heating aren’t quite done, I can live with that. This latest hitch is really stressing me out. The furniture is leaving the old house on Thursday and coming into the new on Friday. It’s all a bit last-minute for me.

I thought that might affect this week’s story. In fact, something completely different came to mind as I gazed at this beautiful view. 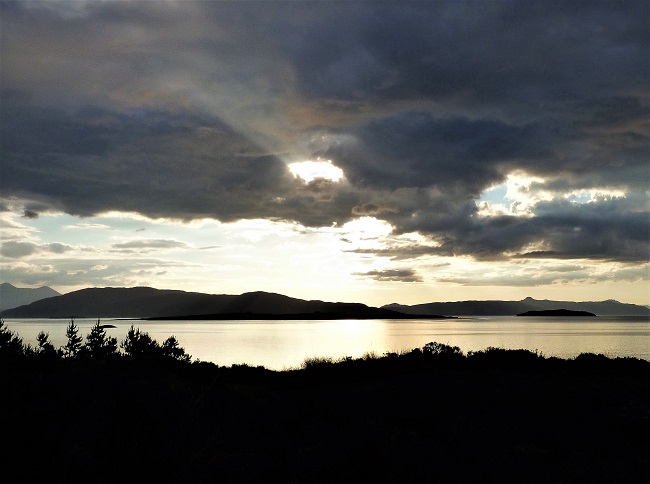 We were at the cottage as usual. But the view…

The cottage is half way up the hill above the B3900 which ends in Tiverton if you follow it far enough. The cottage used to be Tim’s mother’s hideaway, but she was an artist and we were scientists, or at least we thought we were. Technology and fiddling about with things to make them work better, yes, but maybe we lacked the methodological control of real science.

But we’d fixed the cottage so we could work off-grid, which was getting increasingly important as the climate got more tempestuous and storms outed the rural electricity supplies. The investment in the Tesla Battery system had cost us an arm and a leg, well, considerably more than the solar panel system. But we were pretty much self-sufficient in water and electricity, and if we needed extra warmth after we laid the underfloor heating, well, there were plenty of logs around on the hillside and in the valley below.

Our latest project was something we’d read about years ago. I remembered the lecture we’d both attended, and it was because I’d asked a stupid question that Tim had spoken to me after.

“I think you’re on the right track,” he’d said. “That guy is extremely clever, but what he’s doing with the moduliser won’t give him the sort of power he really needs.”

Well, there weren’t too many chaps who talked to me about modulisers, and most of the ones who did were real nerds. Tim might be a geek, but he’s not a nerd. We teamed up… for everything. It was good.

So here we were, testing out our latest version of the Herbert. Well, we had to call it something. People who knew us well laughed and said things like “I suppose its second name is George.”

And after several attempts, we thought we’d succeeded. We certainly sent things away from the cottage. We just had no idea where they’d gone.

So, eventually we argued.

“I’m not letting you go off into the future without me. Anything could happen.”

“You have to stay behind to bring me back.”

“Why couldn’t we bring the mice and the fruit back?”

“Maybe the homing device fell off.”

In the end we’d agreed to go together, and to carry the duplicate machine and the homing device with us, just in case.

It seemed to take a long time.

Our chronometer on the duplicate whirred round and stopped on 2120. One hundred years into the future.

The cottage appeared derelict. The roof had fallen in, and the solar panels were no longer there. The Tesla was, but the cable leading to the roof ended in a couple of bare wires. Some of our things were there, some other things weren’t ours. There was dirt and remains of dead animals on the floor. I opened the pantry door, no food, no stores. Tim ducked under the old mantel above the log burner and fished in our hideyhole. He brought out two tins of baked beans and another of apricot halves. Best Before 2023.

We went outside. Spikey grass stuck up in clumps, the trees seemed closer, bracken did its usual thing more thickly, and it was surprisingly cold. And boggy underfoot, I realised as the wet seeped into my trainers.

And the valley had gone. The thick cloud overhead seemed stationary, although the light had that lambent quality that belonged to the Scottish islands, piercing the edge of the cloud and promising open sky some way in the distance.

“This is our house, isn’t it?” I whispered into the silence.

“There seems to be a track down there.” Tim almost ran down our front path, now broken and shattered by plants and rocks. I followed, picking my way carefully. I reckoned help might not be at hand if either of us broke a leg.

He was standing in a crumbling roadway, hedges and banks falling into it, trying to reclaim it for themselves. Willowherb cracked the tarmac, or what was left of it. I walked a few yards along to the left and pulled vegetation off a stone. Tiverton 25 mi was just about visible, etched into lichen encrusted granite.

We stood, watching the water lapping a few metres below us.

“That’s a lot more than a ten metre rise in sea level.” Tim looked out over the loch, or maybe a ria below us.

“Did you bring the portable pv charger?” Panic was rising, not just sea level.

We started back up the hill. We had to try.

2 thoughts on “#writephoto for March | Lambent – a clifi story” 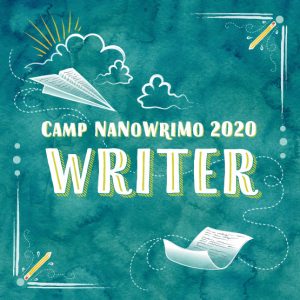