The Barn Owl ghosts across the fields, ever alert for field mice or shrews. It pounces, has a short struggle, then lifts off, something dangling from its feet, and heads off to feed the hungry brood.

Yes, it’s June, it’s summer nights, and the barn owls are about again.

I saw my first barn owl for ages on the way home from Woodbridge.  I was turning onto the road that led down the hill to my village, nearly home at around 7.30 pm. The road borders a field, I think the field has wheat in it this year. As I turned the corner the shape ahead of me turned too, and I thought – that’s the size and shape of a barn owl.  There was nothing much on the road, so I matched speeds. It was going about 18-20 miles an hour, which is a fair rate for a flying bird on the prowl.  I couldn’t wait long, something was approaching behind me, but as I went around a bend the barn owl kept beside me, until it saw something a way over to its right.  I sped up and left it to its work. 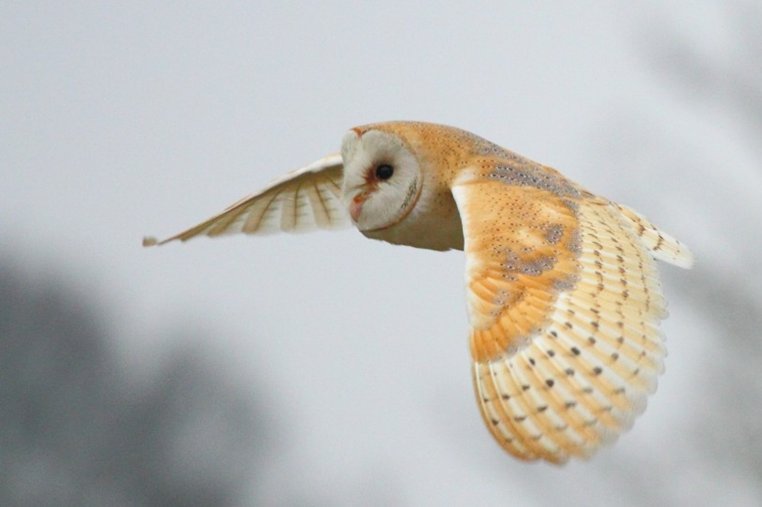 When I first came to Norfolk, I was amazed to see barn owls all over the place.  Of course they are mainly night hunters, but in the summer when the evenings are light, and they have mouths to feed, needs must… Every one of the marshy bird reserves had resident barn owls. Strumpshaw had an occupied barn owl box you could watch across the field. The owls seemed to delight in quartering a patch of ground and sweeping up close to you before turning to start the next run! In winter, they would appear about an hour before dusk, about 3 pm. I remember once leaning on a gate for nearly an hour hoping to see the local resident at Sparham Pools, and freezing my fingers off in the process.

We had a couple of very cold winters, and the lakes and marshes froze over for weeks, making hunting really hard for the owls. Some of my birder friends reported barn owls dead at the side of the road, apparently uninjured, but on examination, as skinny as a rake and with no food in their stomachs. Most of these were first winter birds.

So our barn owl population plummeted, and it was really good to see one again on my local patch.

I hope I see him again, regularly.

This was a random act of wildness for the #30DaysWild Challenge.  It’s the last week…