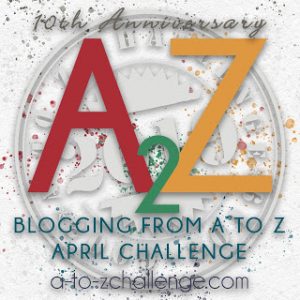 Blogging from A to Z in April Challenge opens today!  It’s the tenth year, and I’ve done seven of them. You can sign in here.

What is blogging from A to Z?

A post every day of the month except for Sundays. That’s the challenge – starting with A on Monday April 1st and ending with Z on Tuesday April 30th.

The most important part is visiting other blogs participating, and commenting on their efforts. Since they stopped doing a single list we could work down that has been my big weakness. I tend to look for people I know I like rather than visiting a lot of people that I have nothing in common with, and would happily pass in the street. But then, isn’t that what making friends is, in reality. You meet some people and try to get away as soon as possible. Others you want to hang out with, especially in certain situations, like every Friday night, or once a month to discuss football. No, I’ve never done that but I know it happens.

And you know how many times recently I’ve said I’m not doing it again.

When I was looking at the Book Review and Tour idea for last month, I came up with a great theme for the A to Z this year.

You’ll just have to wait for the great Theme Reveal event on March 18th to find out what it is. Or whether I’ve changed my mind again.

And I know it’s the first of the month, but February is such a short month you’re getting a Flashback Friday today.

You can join in with Flashback Friday – see all the details at my page here. Give some extra exposure to a post you love, and link it in the comments below.

This is a post from A to Z Challenge in 2012, my first, when I chose the theme of world-building – specifically an A to Z of the Princelings world. (see comment on world-building with Rebekah Loper a couple of weeks ago). The lovely letter graphics by Jeremy Hawkins didn’t start till 2014! 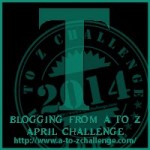 I started writing these [Princelings] stories with a tale of a time tunnel. I’m not quite sure why I thought this was a good idea, or why I picked 12 years as the number of years the time tunnel shifted the traveller back from Hattan to the realms. If you want to write a story, especially a series that you might want to add to later, and do stories of characters from the first one, don’t do a time tunnel! I am currently struggling with how to cope with two characters in Victor’s story (#6) who belong on either side of the time tunnel but are in a third place. This means that one of them knows something that has happened in the other one’s future. How should each behave with the other one?

The main reason for touching on time, though, is not the time tunnel but a subsequent difficulty: the lifespan of my guinea pigs in this world.

The typical lifespan of a guinea pig is five years. Four to seven or so. More than that is exceptional, less is unfortunately not exceptional, and there seems a particularly dangerous time between 2 and 3 when lots of pigs die, for all sorts of reasons. It is generally considered that a cavy’s ‘year’ is equivalent to about fourteen human years*.

I decided right at the start of my story-telling, that my guinea pigs had longer lives. They would have to for people to be adult at the ‘past’ end of the tunnel but still going strong 12 years in the future, which is the epilogue to the first book. I did some further calculations on Victor’s father and grandfather, as well as Mariusz’s line of descent from the founder of the cola drink, and decided that my guinea pig heroes would still be shorter lived, and grow up faster than humans, but nowhere near as fast as a real guinea pig.

As a rule of thumb, my fictional guinea pigs are about 5 times as long-lived as a normal guinea pig. By this calculation, Mariusz’s lifespan is in excess of 30 years. That allows him to be the young Lord of Hattan in 2000, and still in charge but a bit fed up with time travelling in 2021. In maturity terms, they age about two and a bit times more than we would each year. The Mariusz in the first book is a fit, active late-fifties human, the sort who would be running marathons or a big company. Which, of course, he is.

An interesting outcome of this slower metabolism of the fictional guinea pig (because he grows up slower) is that in theory, he would be expected to be larger in stature. There is a direct relationship between the average size of mammal species and their typical lifespan. New research may put up more qualifiers to that, but it does give me the opportunity to consider my guinea pig heroes to be ‘larger than life’ in more than the usual sense!
~~~

* For an excellent example of how that would work for humans, read Matt Haig’s How to Stop Time.

Why not catch up with the Princelings of the East series with these two ebook box sets? 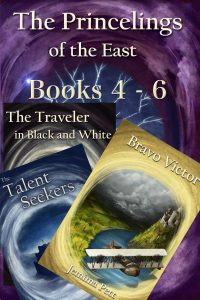 ~~~
Blogging from A to Z Challenge sign up today #flashbackfriday