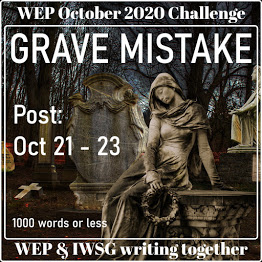 plus reviews, news and info…

Ten years of my drivel or wittering or, if you’re kind, stories

The trouble with blog anniversaries is that the story of how I got started is boring.  You’ve heard it before, on the five year post. Or maybe you’ve arrived since then?

Looking through my blog posts to catalogue my flash fiction (that’s next month’s IWSG post), I reckon the golden age of this blog was 2013 to 2016.  Things have been happening in the last couple of years that made the writing dry up a bit.  Since those are over, maybe I’ll get back into the swing of weekly flash fiction. And maybe revive the Wednesday haiku. I like haikus.

Today I’m combining everything with the WEP+IWSG writing challenge, the prompt for which is Grave Mistake. All I can say is that I was reminded of a Halloween story I did in 2015 with the challenge of Muppets meets Rocky Horror Show. It features my current guinea pigs, as themselves.

Today is also the last port of call for my Princelings Revolution Launch tour.  So apart from enjoying the story, please take advantage of the Rafflecopter, and click on the Badge to check the full tour list. This includes guest appearances with Denise Covey, Alex Cavanaugh, and Ronel Janse van Vuuren (and each post is unique!). I’m sure everyone would be very happy to see you!

Feel free to comment on the story (997 words, be gentle with me), as well as answering the giveaway comment suggestion.

“Traditionally, we go out partying at midnight on Halloween.”

“Who says?” Roscoe glared at Biggles through the bars that separated them.

“Well, I was listening on the iParsnip and the folks at Hugs Towers were telling tales of dancing and champagne, and wild romances, all because of Halloween.”

Roscoe sniffed. He had never heard this, mainly because he and Neville weren’t connected to the iParsnip. Biggles had the technology to turn root vegetables into communication devices, if only they had one suitable.

He sidled off and asked Neville, his cagemate, what he thought.

“Sounds fun,” Neville said, chewing a long stalk of hay. “I’ve heard stories about the old-timers who did it. Dylan and his gang.”

Roscoe sighed. The stories of what Dylan had got up to! He was sick of them. It was time to make their own legends.

Sometime later, making sure he didn’t appear too keen, Roscoe wandered over to Biggles as he was eating.

Biggles paused, looking up at the window, while chewing a particularly crunchy pellet. “Leave it with me.”

“Are you sure this will work?” Roscoe stood on a tube leading out through an enlarged hole.

“As long as we can get back in afterwards, yes.”

“Why wouldn’t we get back in afterwards? Oh, help!” Roscoe slithered through the hole and down the outside of the drain. He dusted himself off and looked around. And up. “Whoa!” he said, wobbling a bit as he gazed into space.

Neville landed beside him. “MIND…”

Too late, they failed to scatter as Biggles crashed down on them. “Thanks for breaking my fall, guys. That bit had me worried.”

“Right. Where next?” Roscoe spotted the garden furniture leaning against the wall. “That way!”

Neville looked up at the hole above the drain. It was very high. He shrugged, and raced after the white of Roscoe’s coat partly obscured by the shadow that was Biggles.

After the shed, the compost heap, and the strawberry bed, they were on new territory.

“You know this is where Mam buried Bertie, don’t you?” Biggles said. His brother had died nearly six months ago.

“Yes, she said he was pushing up the bluebells now.” Roscoe knew about bluebells, but not where they were. “Where’s the party?”

“Toby said ‘in the tunnel at the bottom of the garden.’ Let’s go down and look.” Biggles hoped he’d heard Toby right.

It was a starry night, after days of rain. They crept down the hill, between the bushes, past the raspberries, and underneath the geranium foliage. Neville started to shiver.

“You can’t be cold under all that hair,” Biggles protested.

“I’m soaking,” Neville wheeked piteously. “It’s all right for you with your thick curly hair. Water runs off you like… something or other.”

“Duck’s back, Nev. That’s what you’re thinking of,” Roscoe finished for him. “Come on, there’s a hole there, it must be the tunnel.”

Neville followed Biggles and Neville down into a passageway. He could swear someone, or something, followed them. He turned once or twice, but saw nothing. Neville shook off his unease, and concentrated on the party that surely awaited them.

“There’s a light ahead,” Biggles called back to the softly. “An orange glow.”

They emerged into a huge cavern, a fire in the centre casting orange light against white chalk walls. Voices echoed, but nobody was there. Walking around, Roscoe felt the voices came from other tunnels, or the fire itself.

“Stand still, Neville!” he called. “Wait by the tunnel we came in from or we’ll never find it again.”

Neville nodded, and retraced his steps. He hadn’t passed any other tunnels. Neville stood in the entrance to it and faced the scene in front of him.

He could see Roscoe and Biggles jerking about in the middle, jumping and twisting, and generally enjoying themselves beside the fire. He couldn’t see anyone else. Why were they doing that? He didn’t mind standing on guard. He wasn’t really a party animal. It all seemed very odd though.

He felt a cool mist at his back. “I’d get them out of here if I were you, Nev.” said a familiar voice.

He turned. “Bertie! I thought you were…”

“I am,” Bertie said. “It’s Halloween and we get to come out of our graves and feast and party till dawn. You shouldn’t be here. Get them away, before it’s too late.”

“But I can’t go down there, I’ll lose our tunnel.”

Neville called and called, but Roscoe and Biggles ignored him. Bertie went down to lead them back, but he would get them to the side of the dance area and they’d slip away.

“What can’t they resist?” Bertie called.

Each faltered, only to be swept up by another partner, as Bertie could see.

Both Biggles and Neville stopped and looked straight at Neville. Bertie pushed them off the dance floor. They stumbled towards Neville as he called them again, promising their favourite biscuit. Bertie continued to herd them to Neville, who turned as they reached him, letting the word ‘biscuit’ echo in the tunnel as he raced towards their entrance.

Finally they reached their garden. First Neville, then Roscoe, then Biggles climbed out, pushed by Bertie from the rear. They turned to thank him.

He wasn’t there. All they could hear was his voice. “It’s wrong to come looking for people underground at Halloween. Look for me in the spring instead. I’ll be pushing up the bluebells then.”

It took all Neville’s pushing to get Biggles and Roscoe back up into the hole above the drain, but once back in their room the spell wore off.

“I reckon we had a narrow escape, there.” Roscoe shook himself and smoothed his coat.

Neville took the iParsnip into safe-keeping. Biggles said nothing. Meeting the ghost of his brother had nearly been a grave mistake.